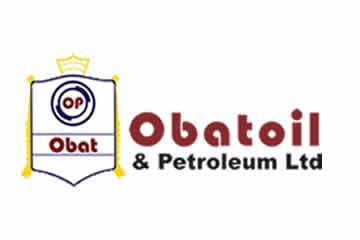 A Federal High Court in Abuja has fixed November 18, 2019 for the adoption of written addresses in a suit between Ecobank Plc and Obat Oil and Petroleum Ltd over an Abuja Hotel.

Justice H. B. Babangida fixed the date at the hearing of the suit on Tuesday, October 29, after Obat Oil, through its counsel, Olalekan Ojo SAN filed its counter-affidavit and written address to the bank’s motion on notice of October 18.

The firm is challenging the bank’s application seeking leave for an order to attach and sell the property.

Ecobank is seeking to realise a consent judgment of N5 billion against the oil firm.

It filed a motion on October 18 seeking leave of court to issue a writ of attachment and sale of the immovable property of the judgment/debtor known as Febson Hotels & Malls, situated at plot 2425 Herbert Macaulay Way, Abuja in realisation of the judgment debt.

When the matter was called on Tuesday, Ojo informed the court that he had filed a counter-affidavit and written address to the Applicant’s motion on notice.

The Respondent’s counsel averred that the Applicant had divested itself of the interest in the judgment debt, having assigned same to ETI Specialised Finance Company Ltd by an April 5, 2017 letter.

He informed the court of his readiness to take the application without the need to file any response to the said respondent’s counter-affidavit and written address.

While opposing him, Mr Ojo challenged the propriety of a counsel to make oral submissions in reply to a motion on notice, having regard to Order 43 (1)(4) of the FCT High Court Civil Procedure rules 2018 and the conscious decision of Ogunba, SAN to waive his right of reply in open court .

Justice Babangida subsequently directed Ogunba to confine himself to his motion on notice having regard to his election not to file a reply.

Following over one hour of arguments on the permissibility or otherwise of oral reply, the court requested the senior counsel to file a written address on whether or not counsel can make oral reply to the respondent’s written address in view of Order 43(1)(4).

Ogunba then informed the court that he would include his reply on points of law in the written address ordered to be filed by the court and to file a reply affidavit, if necessary.

Responding, Justice Babangida stated that he would give a consolidated ruling on all the issues raised and adjourned the matter to November 18 for adoption of written addresses and possible continuation of hearing of the motion on notice.