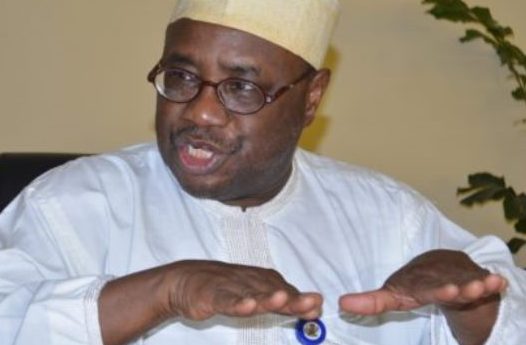 Adamu disclosed this in his remarks at the opening ceremony of the 1st International Conference of Social Sciences –ICOSS’ 2018– held on at NOUN’s headquarters on Monday in Abuja.

The theme of the 3-day conference is “Imaged or Imagined: Africa and the Contemporary World—Issues in Security, Governance and Sustainable Development.’’

The conference is organised by NOUN’s Faculty of Social Sciences.

Adamu said that NOUN had transformed into a more credible institution than it was previously perceived.

“We emphasise quality assurance, due diligence, due process and most importantly, we emphasise academic excellence and leadership.

“I am proud to announce that one of the inmates at Kirikiri prison has registered for PhD in Criminology,’’ he said.

He said that NOUN’s aspiration to become the foremost university in Africa, I believe, could only be actualised through intellectually stimulating activities like ICOSS.

The vice-chancellor said that during academic conferences, scholars network to find solutions to issues that pose challenges to the world and express their understanding of the universe in which they belong.

Adamu noted that the theme of the conference was apt as it interrogated the claim that Africa was incapable of sustaining human flourishing.

In her massage, Dr. Ganiyat Adesina-Uthman, Dean, Faculty of Social Sciences, NOUN, said that ICOSS’ 2018 theme was timely as it came when the happenings in the continent were in front burner.

“On behalf of our collaborators-Federal University, Dutse (FUD), Nile University, Abuja, Taraba State University, Jalingo, United States of America Embassy, we thank all the participants from over 50 institutions in Nigeria and abroad who have contributed over 200 abstracts to the discourse on African image.

“Your contributions to academic knowledge on Africa is crucial to shaping the future of our continent—a continent loaded with opportunities,’’ she said.

Chairman, Conference Organising Committee, Prof. Rufai Alkali, in a remark, said that the theme of the conference was premised on the need to bring scholars of international repute to brainstorm on how to solve Africa’s problems.

He said that the deliberations would open a new debate on Africa’s development.

On his part, Vice-Chancellor, Baze University, Abuja, Prof. Tahir Mamman, who was also the chairman on the occasion, commended NOUN for hosting the international conference.

“What NOUN is doing is at the heart of what universities should do; to generate ideas that impact on society not just to graduate students.

“It is important to graduate people who will provide solutions to the problems of society, ‘’ he said.

The keynote titled “Saving Lake Chad and the Rejuvenation of Africa: Beyond the Imaginary,’’ was delivered by Horace Campbell, Professor of African American Studies and Political Science.