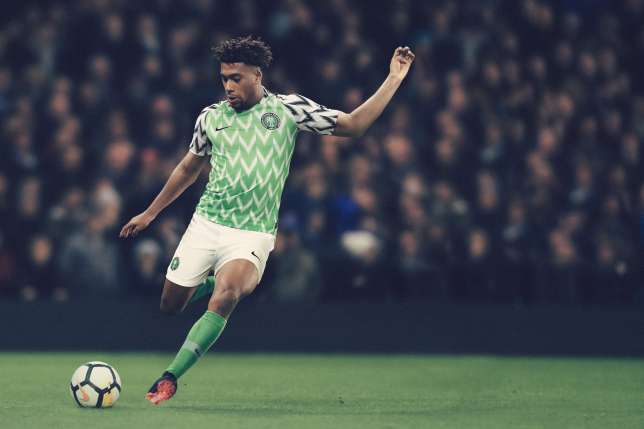 The kit makers unveiled the new Super Eagles kits for the 2018 FIFA World Cup in February 2017 which caused massive reactions on social media.

Since the release of the jerseys, Nigerians have been unable to purchase the authentic replica as it is not available on the Nike store.

Recently the NFF revealed that three million jerseys have been pre-ordered worldwide even before the official release.

The kit makers have however come out to distance themselves from the reported amount of pre-ordered jerseys.

In a reply to a question asked on when the jerseys will be ready, the kit makers stated that the appropriate information about the release of the jersey when available will be communicated through their social media pages and website.

The response on their official Twitter account said, “The jersey has not been released yet, it is scheduled to be available in June. Also, there has not been an option to pre-order the jersey. Stay tuned to our site for updates.”

Withe the 2018 FIFA World Cup just few days away, there is no official confirmation on when the jerseys will be available as the NFF has also confirmed that the official jerseys are not yet available and most worn are fake.