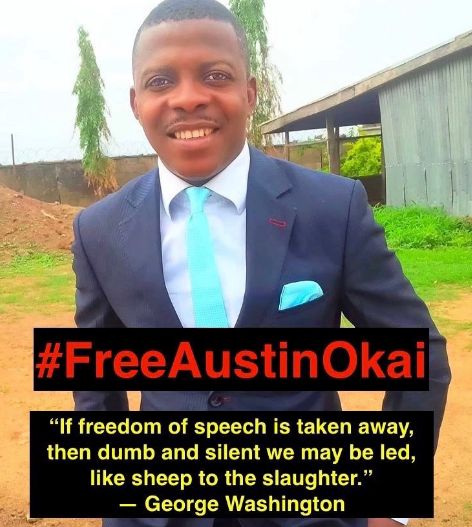 The attention of the Nigerian Wailers has been drawn to the unconstitutional rearrest and illegal detention of Mr Usman Austin Okai, a blogger and frontline critic of the Kogi state government on the orders of Governor Yahaya Bello.

This is indeed a national shame that a supposed law enforcement agency like the Police Special Anti-Robbery Squad (SARS) can allow itself to be used to perpetrate such barbaric and belligerent act.
It is also a sad narrative that such a young man like Yahaya Bello who became governor in an usual circumstance could order the arrest of Austin Okai whose offense was the exercise of right to freedom of speech.

There has been different reports of indiscriminate arrests and detentions of activist across the country at both Federal and State levels controlled by the ruling All Progressive Party (APC).

These actions are absurd and very disheartening, totally unacceptable as it is a serious threat to our democracy. Nigerians should not be arrested for criticizing and holding the government accountable, every citizen reserves the right to constructively criticize the government in a democratic dispensation like Nigeria.

The Nigerian Wailers hereby demand the immediate and unconditional release of Mr Usman Austin Okai from illegal detention for as long as the Nigerian constitution guarantees the freedom of speech we call on Gov Yahaya Bello and the Police Special Anti-Robbery Squad to release Austin Okai. Injustice to one is injustice to all.