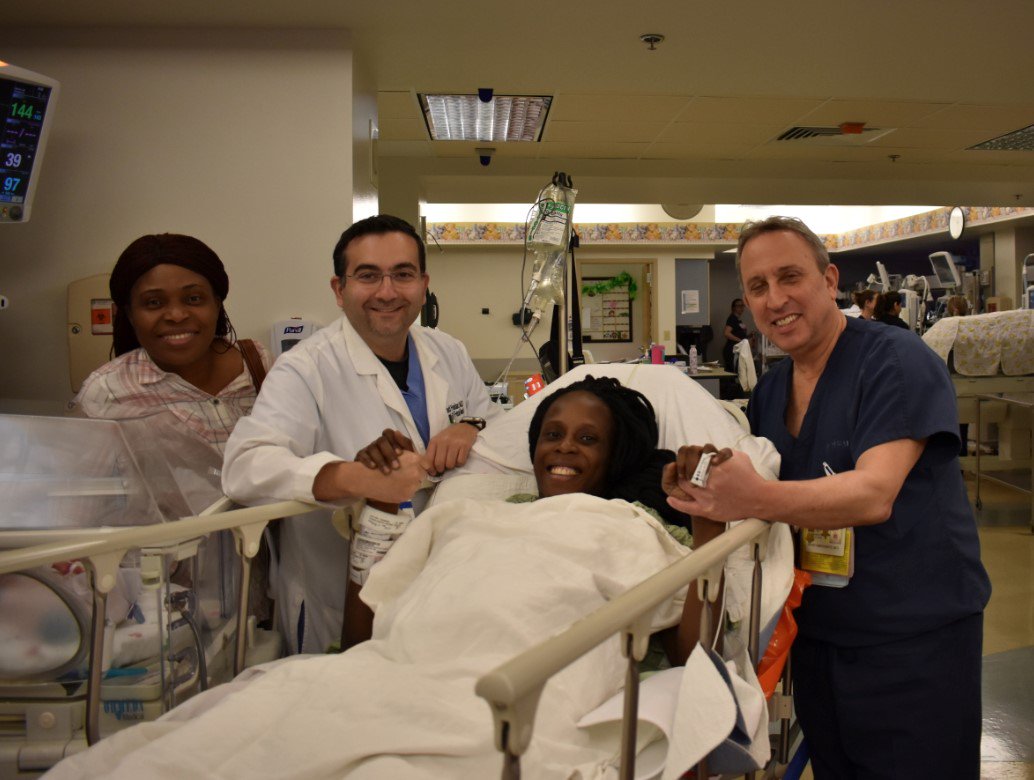 A Nigerian woman identified as Chiaka Thelma just welcomed six babies (four boys and two girls) at the Woman’s Hospital of Texas over the weekend.

According to the hospital, the odds of having sextuplets are estimated to be one in 4.7 billion. The hospital went on to reveal that the babies were born between 4:50 a.m. and 4:59 a.m.

The babies were born at weights ranging from 1 pound (0.4kg), 12 ounces (0.3kg) to 2 pounds (0.9kg), and 14 ounces (0.39kg). They are in stable condition and will continue to receive care in the hospital’s advanced neonatal intensive care unit.

Already the new mum has named her daughters, Zina and Zuriel while still thinking of the names for the four boys.