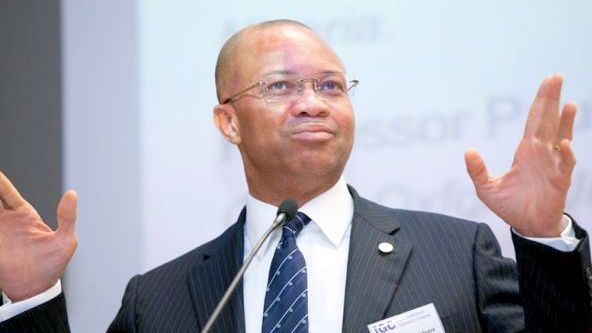 To overcome the “serious revenue challenge” experienced in the 2017 and 2018 budgets implementation, the federal government said on Tuesday it has declared a state of emergency on revenue generation in the country.

The Director-General, Budget Office of the Federation, Ben Akabueze, disclosed this during his town hall meeting with Chief Executive Officer (CEOs) of government-owned enterprises (GOEs) in Abuja.

Mr. Akabueze said the government has no option than to compel revenue generation agencies to do more on remittances of their operating surpluses to the national coffers, while ensuring stronger enforcement action against tax defaulters.

According to Mr Akabueze, after investing over N40trillion cumulatively in various GOEs, the returns to government coffers in terms of dividends or surpluses at the end of each operating years has been most dismal and insignificant.

From records, the DG noted, most of the GOEs record less than one per cent return on actual performance, while a few others declare surpluses.

“In effect, the Nigerian taxpayers/general public have not benefited much from these investments in the agencies,” he said.

Out of the total projected N807.57billion independent revenues in 2017, he said only N216.66 billion, or about 26.8 percent performance, was remitted by GOEs and revenue generating MDAs.

Besides, he said the federal government was not happy that many GOEs were owing the federation accounts trillions of naira in unremitted operating surpluses.

Although remittances and collections by GOEs should contribute more significantly to government’s revenue, Mr Akabueze said records show few actually declare surpluses in 2017, with no prospects of having a better performance before 2018 ends.

To reverse the ugly trend, he said President Muhammadu Buhari has mandated that urgent corrective measures be adopted to drive better performances from the GOEs, especially along the line of Execute Order 2 (EO2) of 2017.

The Executive Order deals mainly with budget and process for GEOs and other government agencies as well as the Secretary to the Government of the Federation circular on the subject of the performance management framework for the GOEs.

Mr Akabueze said the town hall meeting was convened to let the agencies know the concerns of government and new strategies improve the situation.

The meeting was attended by the Chairman of the Federal Inland Revenue Service (FIRS), Comptroller General of Nigeria Customs Service, the Group General Manager of the Nigerian National Petroleum Corporation (NNPC), Ministry of Mines and Steel Development, the Central Bank of Nigeria (CBN) and the Department of Petroleum Resources.

As part of the new measures to curb unauthorized management of government revenues, the DG said henceforth only the President has the power to transmit the budget of the GOEs to the National Assembly for appropriation.

Besides, he said revenue generating agencies’ budgets may soon be captured in the national budget, to stop them from going to the National Assembly to defend their budgets as is the current practice.

The new arrangement is captured under the EO2 and the 2019 medium-term expenditure framework (MTEF) of the nine revenue generating agencies.

He, however, explained that capturing these agencies’ budgets in the national budget would not stop them from honouring invitations by the National Assembly to defend and clarify issues as may become necessary.

“The current practice of sending separate budgets to the National Assembly by government agencies is an aberration”, he noted.

Other initiatives adopted by the government to redress the revenue challenge include deployment of new/improved technology to boost revenue collection; upward review of tariffs and tax rates, and tighter performance management framework for GOEs.

As part of the state of emergency to be declared on revenue generation, Mr Akabueze said henceforth it would be mandatory for all GOEs to use the Treasury Single Account (TSA) for all financial transactions as well as submission of quarterly remittance of interim operating surplus to replace the annual remittances.

Also, all cumulative remittances by GOEs at the end of the year must be reconciled to amount due after an audit, with the accounts of GOEs to be audited within four months after the end of each financial year.

In addition, the computation of the operating surplus of GOEs shall be reviewed to allow the deduction from the agency’s revenues of only operational expenses incurred in their operations; mandatory submission of annual budget for review at the Budget Office of the Federation to be submitted to the National Assembly by the President along with national budgets.

Other reforms coming with the declaration of a state of emergency on revenue generation include institutionalized oversight mechanism through an inter-ministerial team, similar in operation to the Federation Accounts and Allocation Committee (FAAC), to periodically review and make public their findings on the operations and financial statements of all GOEs.

Again, a revenue department in GOEs to be manned by Professional Treasury Officers from the Office of the Accountant General of the Federation (OAGF) is to be established, while appropriate sanctions are to be institutionalized for utilization of internally generated revenues without approval or waiver from the Budget office.