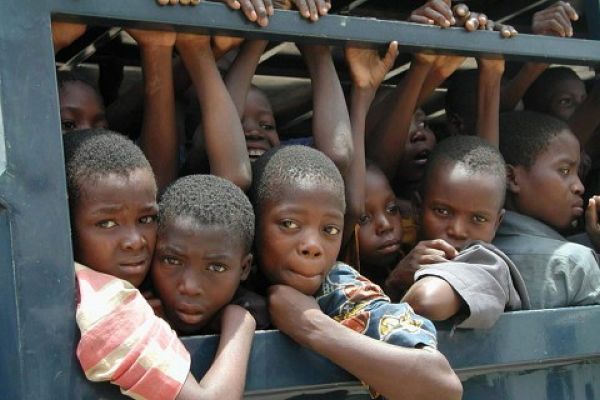 The National Agency for the Prohibition of Trafficking in Persons (NAPTIP) yesterday arraigned an Abu Dhabi-based lady, Rita Ani, before Justice Yusuf Halilu of an FCT High Court sitting in Maitama.

25-year-old Rita Ani, who hails from Enugu State, allegedly belongs to a network of Nigerian traffickers based in Abu Dhabi who engage Nigerian girls in international prostitution in the UAE.

She was arraigned alongside her elder sister, Ngozi (also known as Princess), Ozigi Abdulkarim, and Princewill James on a ten-count charge bordering on conspiracy and human trafficking.

The defendants were recently arrested by operatives of NAPTIP in two operations in Gwarimpa, Abuja and Ibadan, Oyo State.

The offences, according to NAPTIP, are contrary to Sections 13, 14, 18 and 26(b) of the Trafficking in Persons (Prohibition) Enforcement and Administration Act, 2015.

The defendants pleaded not guilty to all the charges.

The counsel to Rita Ani and her sister did not file a formal application for their bail and, as a result, they were remanded in prison.

The judge had earlier turned down their lawyer’s oral request that the sisters be remanded in NAPTIP custody.

Messrs. Abdulkarim and James were, however, granted bail following their lawyer’s application on the conditions that they must provide two Sureties each who must not be below the rank of a Director in the Public Service in Abuja and who must own a house each in Abuja.

They must also show proof of being in service by presenting their letters of first appointment and last promotion.

The case was subsequently adjourned to September 13 for hearing.

Rita Ani had returned home from Abu Dhabi to perform her traditional marriage rites preparatory to moving to the United Kingdom with her fiancé and was arrested in Ibadan by the newly established NAPTIP- Rapid Response Squad (NAPTIP-RRS), the agency said.

The lid on the suspects was blown when one of their alleged victims returned from Abu Dhabi after four months of forced prostitution “under very excruciating conditions including flogging and the insertion of hot boiling ring into her vagina when she does not make enough money a day and forceful collection of the proceeds of the prostitution from her by Rita Ani,” said NAPTIP.

The victim (name withheld) who is 19 years old was allegedly recruited from Gwarimpa, Abuja by her ex-boyfriend, Abdulkarim, the elder Ms. Ani, and Mr. James for onward transfer to Ms. Ani in Abu Dhabi all of whom are all defendants in the case.

According to NAPTIP, they prepared her travel documents, took her to Ogbomoso, Oyo State, where a fetish oath was administered on her before the journey.
Related Topics:
Up Next

What will happen to Nigeria if my son is killed, re-arrested – Nnamdi Kanu’s father explodes