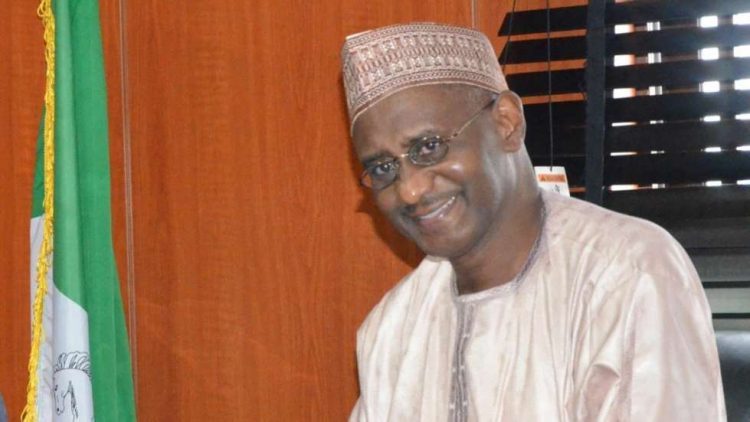 The Senior Special Assistant, Media and Publicity to President Muhammadu Buhari, Malam Garba Shehu, has insisted that due process must be followed in removing the Executive Secretary of National Health Insurance Scheme (NHIS), Professor Prof. Yusuf Usman from office.

Garba Shehu, who appeared as a guest on Channels Television Sunrise Daily on Tuesday, disclosed that the battle to remove the NHIS boss from office has been going on for about two years but also worried “on the failure to follow due process in removing the gentleman from office.”

Shehu also noted that the Economic and Financial Crimes Commission (EFCC) and the Independent Corrupt Practices Commission (ICPC), had launched investigations into the alleged corrupt practices by Mr. Usman but yet to arrive at a conclusion.

On steps taken to ameliorate the crisis facing the institution, Mr. Shehu stated that the Minister of Health, Prof. Isaac Adewole, and Secretary General of the Federation, Mr. Boss Mustapha, are on top of the situation and “trying to find a way out of the crisis.”

“Did the board follow due process in suspending this gentleman? We just have to do the right thing. This whole thing at NHIS has been ethicized and politicizes. Whatever mistake this gentleman may have made, he has launched a major reform in that institution which has blocked access to major resources.

“We want to see healthcare delivered to the citizens of this country. Whatever it is that you would do, follow the due process and you will get it right.”

Recall that the governing council of the NHIS had suspended Yusuf last Thursday for alleged fraud, insubordination, criminal breach of Procurement Act, self-aggrandisement, and arbitrariness, among other offences.

However, Yusuf responded in a memo that only the President had the power to suspend or sack him. Earlier on Monday, large number of policemen were said to have accompanied the embattled Usman to his office and forced the gates opened after angry workers had blocked the entrance with their union vehicles.

Yusuf had also been suspended by the Minister in July last year and a panel set up by the ministry had accused him of perpetrating fraud to the tune of N919m.