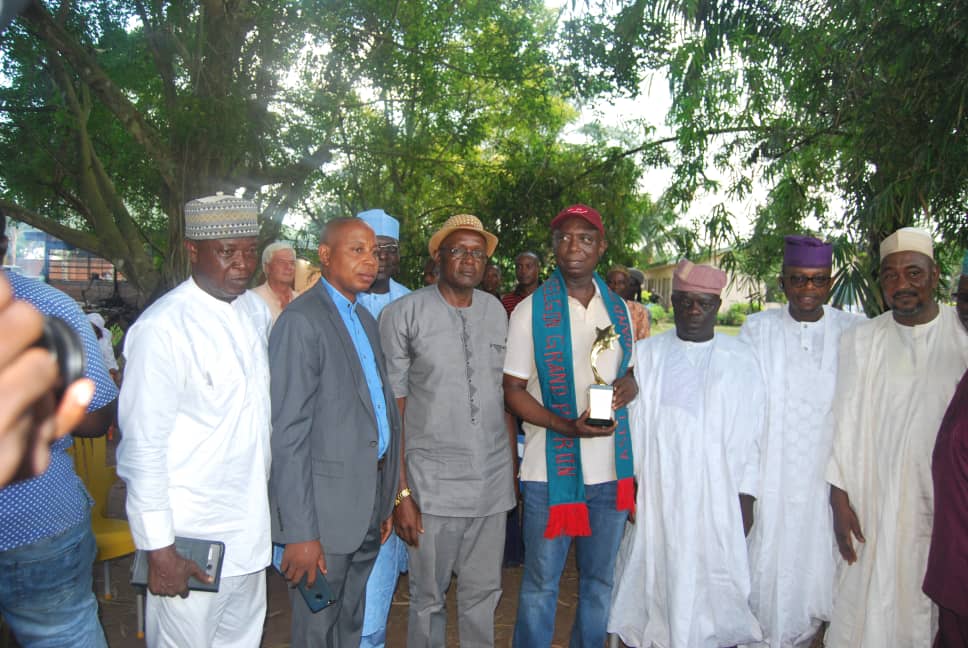 A former member of the Federal House of Representatives and an international lawyer of repute, Prince Ned Nwoko has urged members of the Association of Ex-Local Government Chairmen of Nigeria (ASELGON) to be committed to nation building.

Nwoko spoke during his investiture as the Grand Patron of the Association in his mansion in Idumuje Ugboko, Delta State on Saturday 23rd November, 2019.

The politician stated that the responsibility was big for him as the first grand patron of the association, adding that he would do his best to support their ideals.

“I have no doubt that with little support and your zeal, you will play a lot of roles in nation building. “I am a grassroots person also, even if you have 30% support across all the local governments, you can make a lot of difference,” he said.

The former lawmaker told the members of the association that their job required consistency and commitment.

He lamented that Nigeria is a country of survival of the fittest unlike Britain, which he said was different because, according to him, they understand what politics is all about service.

“I will support your cause and join hands with you so that we can all move Nigeria forward. “My joy is to see that Nigeria catches up with the rest of the world and we can achieve a lot of things together with unity and commitment to our cause as a group and individually,” he said, while commending the members of ASELGON for their coming up with such an association.

Nwoko however, said that what was needed in Nigeria was a level of exposure and the zeal to do what is right.

According to him, if we have 60% of the people in offices understanding why they were elected, Nigeria would be better. He regretted that the country had not laid the foundation for good governance, while saying that he was non-partisan within him.

While saying that he could be more comfortable living abroad, he said that he preferred to stay in Nigeria and urged the people to live above religious sentiments.

Earlier in his address, the National President of ASELGON, Hon. Albert Asipa said that the Forum was inaugurated in 2013 as an umbrella body for ex-local government chairmen to provide a platform for them as experienced  individuals who still have a lot to contribute immensely to the overall development of the third tier of government in Nigeria.

Asipa stated that the forum was of the opinion that the choice of Prince Ned Nwoko as a Grand Patron of the association would further enhance their resolve to reposition  local government administration in Nigeria for good; “taking into cognizance, your unrelenting effort in the years past to get a share of the  Paris refund to the coffers of local government councils across the nation.

“This particular feat and other factors culminated in today’s Award of Excellent Service to Humanity and investiture as ASELGON Grandpatron.”

Also speaking, the National Organising Secretary of ASELGON, Hon. Abayomi Tella revealed that the name of Prince Ned Nwoko came up, when they had their NEC meeting in Abuja.

“We discussed who could be our Grand Patron and we went into the internet and saw the name of Prince Ned Nwoko. We discovered that he sponsored about 20 bills as a member of the Federal House of Representatives within four years.

“You will not only serve the people of  Delta State, you will serve the whole Nigeria, where all of us would benefit. “We would want the Grand Patron to take us as partners in the development of Nigeria, and Africa as a whole and support us to deal with all our challenges,” he said.

Hameed Ali threatens Customs officers, says ‘if you live above your earnings, I will sack you’