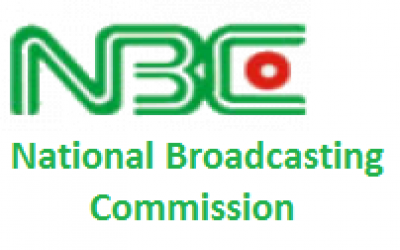 Speaking at a news conference in Abuja on Friday, Is’haq Kawu, director-general of the commission, said the affected media houses were fined N500,000 each for flouting the provisions of the Nigerian broadcasting code.

He said the sanctioned stations cut across the country, which includes Channels Television, TVC, AIT and NTA.

The director-general warned that any station that continue to broadcast hate and inciting comments that threaten the security of the country would be shut down.

“Despite our various interventions, at the end of the presidential election which was held on 23, Feb. 2019, 45 stations were found culpable of infractions on the provision of the Nigeria Broadcasting Code and have been sanction accordingly,” Kawu said.

“We gave them the highest level of sanction under the NBC which is to make them to pay N500,000 each and the cut across the entire country.

“And this happened on several radios and television stations, particularly and unfortunately on the big nation network such as NTA, AIT, Channels, TVC News.

“There are also several radio and TV stations involved in this various infraction.

“Only recently J FM for instance in Jos, Plateau State was sanction for inciting broadcast by a preacher, who move away from religion into the arena of politics and was saying particularly inciting comments.”

Kawu maintained that the NBC had set up a national team to monitor stations on 24 hours basis as the country moves towards the governorship election.

End of the Saraki dynasty? How ‘O to ge’ and Offa robbery caused a revolt in Kwara