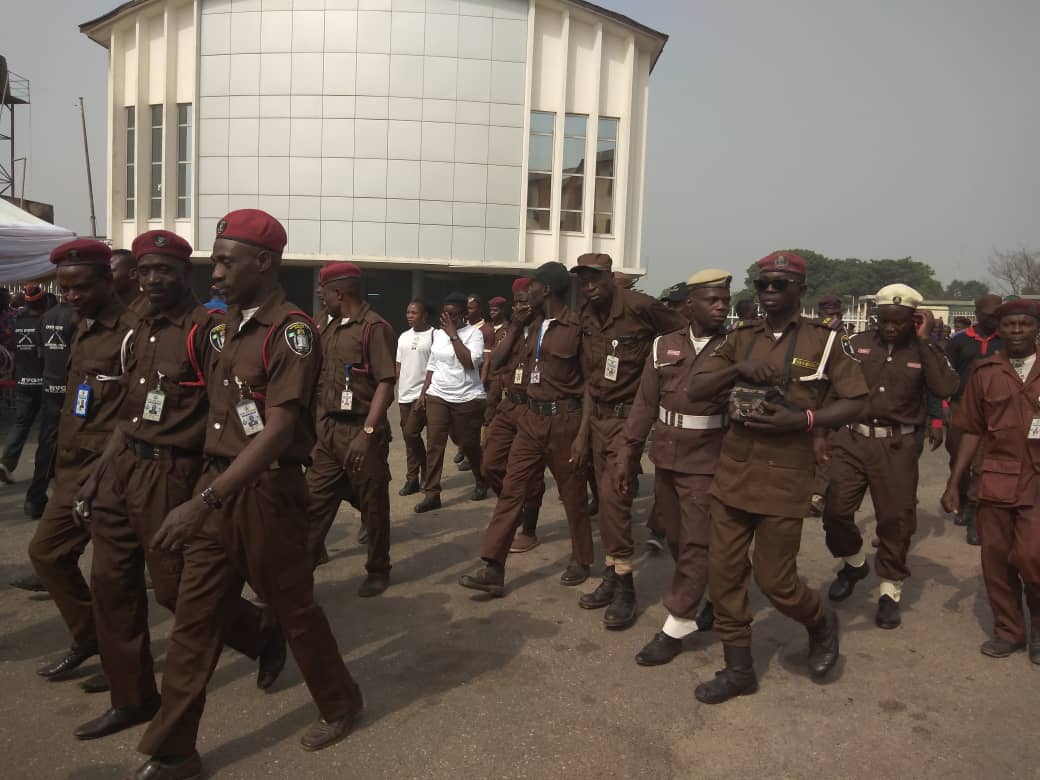 Youths from Oyo town on Thursday stormed the Oyo State Government Secretariat at Agodi to protest the alleged killing of a student of the University of Ibadan (UI), by an officer of the Oyo State Amotekun Corps.

The protesters, mostly students under the aegis of the National Association of Nigerian Students (NANS), mounted a roadblock on one side of the Agodi Secretariat-Bodija road, causing gridlock.

Motorists and road users on the Agodi-Secretariat-Bodija-Parliamentary road had a hectic time accessing the road, as the protesters, with the aid of a trailer, blocked a section of the road.

The protesters alleged that an Amotekun Corps officer yesterday killed the victim, Akolade Gbadebo. The demonstrators, who carried placards, urged the government to investigate the incident.

Leaders of the association accused officials of the Amotekun Corps of involvement in the circumstances leading to the death of Gbadebo.

He advised the students to exercise restraint and allow investigation into the matter.

A source said the situation that led to the death of the 400-level student of the University of Ibadan affiliated with the Federal College of Education, Oyo (special), was that of suspected cultism and armed robbery.

The Information Officer of Amotekun in Oyo State, Mrs. Ayolola Adedoja, said the allegation was not true.