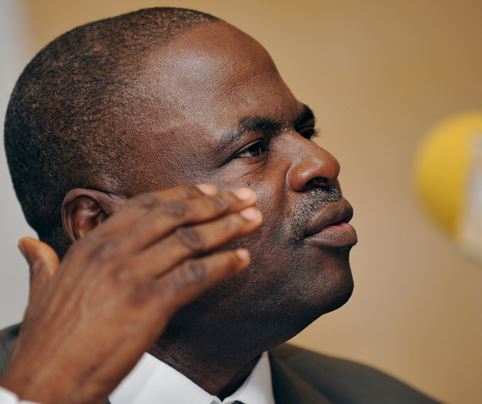 Former Nigerian Director of Sports, Dr Amos Adamu, his company Balmoral Halls and Events Centre and his son Ezekiel Adamu and Guarantee Trust Bank plc on the other hand have settled out of court the legal dispute over a credit facility granted to Balmoral Hall and Event Centre Limited by the Bank.

Consequent upon the inability or refusal of the defendants to repay the credit facility granted them by GTBank, the bank and its Receiver Manager, Owolabi Usman in a bid to enforce the terms of the loan agreement approached the court through an Originating Summons seeking an order for the enforcement of the Tripartite Deed of Legal Mortgage dated February 24, 2012 on a property at number 22AB,Cooper Road , Ikoyi, Eti-Osa Local Government Area, Lagos vide a Certificate of Occupancy Registered at the Federal Land Registry, Ikoyi as number 14, at page 14 in volume 111.

However, while the matter was pending before Justice Hadizat Shagari of the Federal High Court, Lagos, the parties reached an out of court settlement consequent upon which a term of settlement was filed and adopted as judgement of the court.

In the term of settlement filed before the court, the plaintiffs, GTB and its Receiver Manager, Owolabi Usman and the defendants on the other hand, Balmoral Halls and Events Management Limited, Dr Amos Adamu and his son Ezekiel Adamu agreed to the following terms:

”That the defendants have admitted owing the sum of N88, 272,350. 85 and equally agreed to pay the sum being the outstanding balance of the credit facility granted them by GTBank as at November, 2017.”

It was further agreed in the term of settlement, that in the event of the defendants defaults in complying strictly with their repayment schedule, or the post-dated cheques issued by Balmoral Halls And Events Management Limited, did not clear on the due dates, the second plaintiff, being the Receiver Manager Mr Owolabi Usman is entitled to exercise all the powers and perform all the functions of a Receiver Manager in accordance with the Tripartite Deed of Legal Mortgage without any interference , obstruction and or hinderance