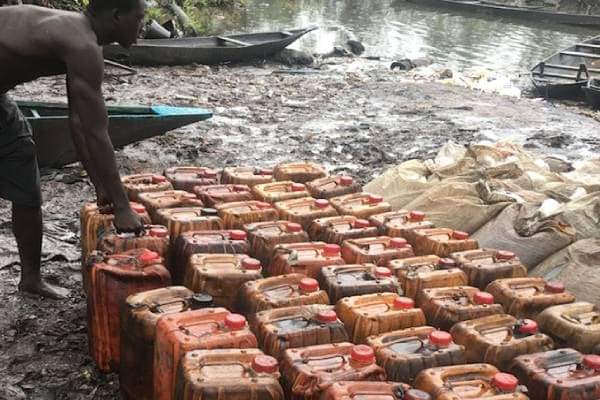 Nigeria lost $3.2 billion in crude oil theft between January 2021 and February 2022, according to the Federal Government.

The official N416.25 to dollar exchange rate converts the money to around N1.36 trillion.
The statistic was presented at a meeting in Abuja between the Nigerian Upstream Petroleum Regulatory Commission, Oil Producers Trade Section, and the Independent Petroleum Producers Group to discuss crude oil theft.

Independent Petroleum Producers Group (IPPG) is an association of indigenous exploration and production companies, while Oil Producers Trade Section (OPTS) is a body made up of IOCs operating in Nigeria.

Oil theft increased considerably between 2021 and 2022, according to the Commission’s presentation, with nearly 90% of the crude produced at the Bonny Terminal seized in January 2022.

In its report on the impact of this threat, the NUPRC said that government revenue had been badly impacted, as revenue accruing to operators had been negatively impacted.

According to the NUPRC, there has been a loss of value as a result of increased costs associated with regular repairs of damaged facilities.

It asserted that sabotage activities were mostly responsible for spills and leaks, which resulted in environmental deterioration and deprived destitute people of a source of living.
However, it stated that steps were being taken to combat crude oil theft and pipeline damage, including the establishment of a task force in August 2021 that included the regulator and operators.

The OPTS Chairman, Rick Kennedy, who is also the Managing Director of Chevron Nigeria Limited and represented IOCs at the conference, characterized the oil theft across the country as an organized criminal operation in his remarks at the event.

The IOCs demanded a swift response to the issue, stating that the development constituted a severe threat to their survival.
Gbenga Komolafe, the NUPRC’s Chief Executive, said the meeting was called by the commission to hear what the IOCs and their Nigerian counterparts had to say about the latest threat of oil theft.