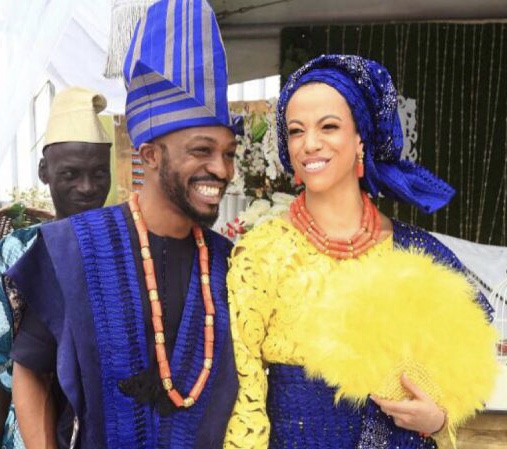 For the widow of late Lt. Akintunde Akinsehinwa, Bola, unlike February 13, 1976 when she lost her husband, February 24, 2018 was a day of joy as her only child from the union, Olawale got married amidst pomp.

Akinsehinwa was killed alongside his boss.

Then, his only son, Olawale was just six months. His widow, Bola, never remarried and nursed her

Last Saturday, the wedding between Olawale, 42, and Lia Marie Johnson, took place at the Waterview Estate Lekki, Lagos and the excited mother could not hardly control her emotions.