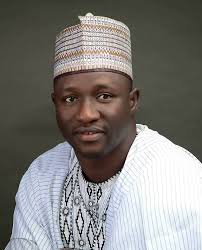 The Chairman, Young Progressive( YPP ) Kano State Chapter. Barr. S.S. Umar has cautioned that the long political-discipline which Kano is known for over a long period of time, is on the verge of nose-diving.

Barr. Umar made the revelation on Sunday during a press conference in Kano.

He said it is unarguably known that politics is an avenue associated with the governance of people in a particular area, blended with instilling disciplining on the leaders on how to govern and handle people’s affairs with decorum.

“Instead, politics in Kano have turned to an arena of insults, accusation and indictments with the aim of damaging opponents reputation,” he said.

Adding that the situation has gone to the extent of those at the corridor of power, used gullible youth as proxies in damaging opponents personality over the media, which he said the trend is totally unwarranted.

Barr. Umar maintained that the situation of mud-slinging among Kano politicians is becoming phenomenally glamorize by youth pursuing to become politicians in the later years.

Bar. Umar solemnly craves the indulgence of those at the helm of power, that the current trend of dirty politics enveloping the state will surely not augur well to the future development of Kano youth with regard to their inspiration in the state polity.

Adding that it is urgently needful for all and sundry in Kano to put hands on deck with the intent of stemming the tide of this political abnormality bedevilling the state.