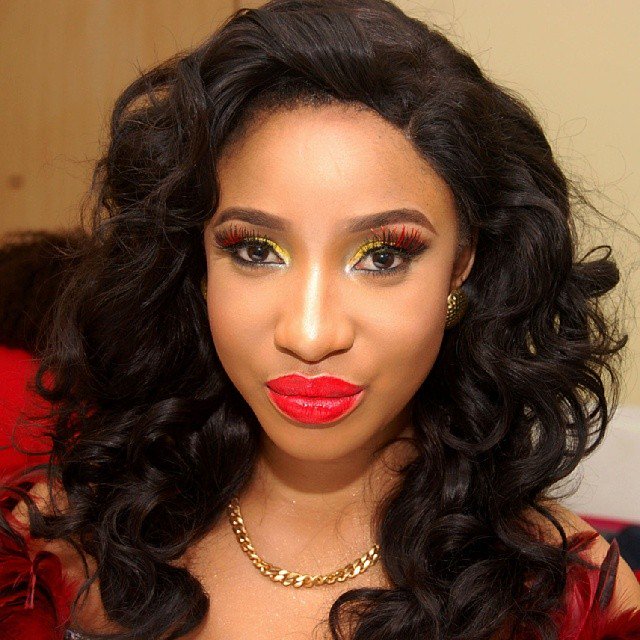 Latest information about the embattled Nollywood star actress, Tonto Dikeh, who was reportedly arrested by the police in Dubai, revealed that she had not been deported to Nigeria, but that she was still in Dubai Prison.

The stylish mother of one was said to still being held in Dubai detention cell for further investigation.

While little has been officially heard from Tonto on social media except for some few postings from her best friend, Idris Okuneye aka Bobrisky, it was gathered that Tonto and Bobrisky were trying very hard to cover up their tracks.

Tonto was reportedly arrested recently, when she attended an event in Dubai.

She was said to have been denied entry by security personnel and she allegedly called them untoward names.

She was said to have spent the night in prison.

Tonto, who was in Dubai to attend the One Africa Music Fest and Bamteddy wedding, could no longer attend these events since she was in detention.

“Yes, she hasn’t been released but still in detention,” a source close to the Nollywood actress revealed.

But Tonto was said to have released a video debunking any news of detention or deportation through Bobrisky.

“First, Tonto is not the type to use that kind of video to debunk allegations of detention and deportation.
She would have used a more beautiful background wearing gorgeous clothes and displaying affluence. That was a damage control video she shared through Bobrisky. Tonto was looking like a tart! She wasn’t wearing make-up and looking like a prisoner in one small room! Anyways, in the video, there was no address about or her arrest. The Tonto we knew would have tore whoever wrote that story into shreds.

“Moreover, the attempts by Bobrisky to prove that Tonto Dikeh is still in Dubai and vacationing are not adding up.
Imagine the sudden disappearance of Tonto’s phone! Tonto’s phone lost its password and she opened another new page @king_wigocharity, on Instagram! Sharing a video to that effect, Tonto, who was not gorgeously dressed like her usual old self wears a funny make-up and explains what went wrong with her old IG account.
Who is fooling who? She said she is still in Dubai but her password is still in Africa! In this IT age? The video looks so stupid!

Meanwhile, before the new page, she had posted many photos from Dubai on the old page @tontolet which has over 5million followers.

It was on her old page she posted her ‘fake gift’ from Timi Frank. She even bought a new phone to run the new page! As a matter of fact, she removed the nylon seal from the cover of the phone!”

Wondering what went wrong with Tonto and Dubai security personnel?

“After her arrest and her hotel room was searched, they found out that she came to Dubai with hard drugs which she must have been taking,” sources alleged.

The worry is now her little boy, King Andre, who is said to be in the care of a nanny in Abuja.

Already, Bobrisky is taking the pains to upload on the new page that has been created.

We were informed that there was no hope that the actress would be released soon.