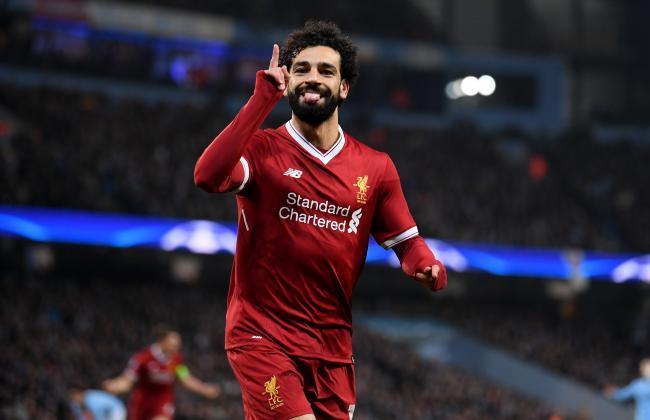 Liverpool’s Mohamed Salah has been named the Football Writers’ Association Footballer of the Year for 2017/18.

The Egyptian becomes the first African to be given the accolade after edging out Manchester City midfielder Kevin De Bruyne by less than 20 votes in a ballot of more than 400 FWA members.

Tottenham striker Harry Kane came third with Salah and De Bruyne polling over 90 per cent of the votes.

Between them, Salah, signed by the Reds from Roma last summer, and De Bruyne, who helped City claim the Premier League title with five games remaining, collected more than 90 per cent of the journalists’ votes.

Salah has scored 43 goals in 48 appearances in all competitions this season and spearheaded Liverpool’s push towards a potential place in the Champions League final – the Reds lead Roma 5-2 ahead of Wednesday’s semi-final second leg in Italy.

The 25-year-old becomes the first African winner of the prestigious FWA accolade, which has been awarded since 1948.

Tuesday’s announcement also sees Salah complete a personal double, having last month been named the 2017-18 Professional Footballers’ Association Player of the Year, finishing ahead of De Bruyne and Kane in the vote of their peers.

He was also crowned the African Player of the Year earlier this season, beating Liverpool team-mate Sadio Mane and Arsenal striker Pierre-Emerick Aubameyang.

Patrick Barclay, FWA Chairman, said: “It’s been the tightest call since 1968/69, when there was a dead heat between Tony Book of Manchester City and Derby’s Dave Mackay.

“Right up to the last week or so we thought it might happen again, so strong was the support for Kevin de Bruyne, but Mo Salah’s relentless match-winning form, exemplified by his two great goals against Roma, seems to have swung the vote by a very narrow margin.

“What a race it has been between two players who, in a relatively short time, have reached genuine world class. But Mo Salah is the worthiest of winners. He is also the first African to receive the award and we congratulate him on a magnificent season.”