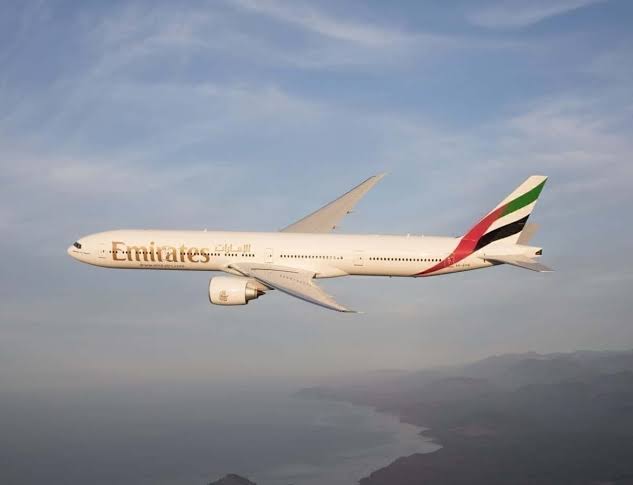 A Federal High Court in Lagos today ordered Emirates Airlines to pay $1.630million to a businessman Mr Orji Prince Ikem being the amount contained in his hand luggage which went missing in the airline’s custody during a 2007 China trip.

Justice Muslim Hassan also ordered Emirates Airlines to pay Ikem N50million as damages for the “untold hardship and loss of earning” he suffered by the deprivation of use of his money from 2007 till date.

The court heard that the $930,000 belonged to another businessman, Olisaemeka Ugwunze, who wanted it delivered in China for purchases.

The plaintiff told the court through his counsel, Chris Ekemezie, that at the departure lounge of the Murtala Muhammad International Airport Ikeja, Emirates Airlines staff requested that he handed the luggage to them for safe keeping in the cockpit, but he refused and insisted on keeping them himself.

They insisted on keeping the luggage for him considering the huge amount of money contained therein and that on arrival destination, the two bags would be handed over to him.

After a prolonged argument and in order not to miss his flight he yielded and handed over the two hand carry-on bags to them, and they were tagged with tag numbers EK428682 and EK428683 respectively.

That was the last time he saw the bags and the money. On his arrival in Guangzhou, the airline could not account for his four luggage.

Ruling on the plaintiff’s prayers for the return of his $1.36m and N100m general damages, Justice Hassan observed that the airline, through its counsel Prof Awah Kalu SAN, failed to refute Ikem’s claims.

The judge held: “I  have read all the processes filed by both parties as well as their agreements and resolved that the only issue for determination is whether the plaintiff is entitled to the reliefs sought before this court.

“A claim not controverted is deemed admitted, in this case the defendants did not call witness but rather rests it case on that of the plaintiff which mean that all what the plaintiff claimed and their pleadings are admitted.

“I hold that Emirate Airlines failed in his obligations to customer by not delivering the luggage containing the sum of $1.630m .

“On the whole I hereby make the following orders; An order that Emirates Airlines pay the plaintiff the sum of $1.630m.

“Parties shall bear their own respective costs