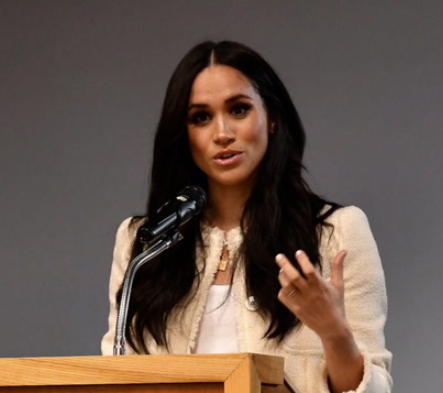 Meghan Markle has demanded that the Mail on Sunday publish a front-page apology and pay up £750,000 of down-payment towards her legal costs after she won the court case against them.

The Duchess of Sussex took legal action against Associated Newspapers Limited (ANL), the publisher of the Mail on Sunday and MailOnline, over a series of articles which reproduced parts of the letter sent to her father in August 2018.

Ms Markle claimed the articles, which were published in February 2019, involved a misuse of her private information, breached her copyright and breached the Data Protection Act.

She won against the newspaper’s publisher last month.

The High Court granted summary judgement in relation to her privacy claim, which means she won that claim without having to go to trial, as well as most of her copyright claim.

Now, Meghan Markle, 39, has also asked the High Court to order the Mail on Sunday to hand over any copies of a handwritten letter sent to her estranged father, Thomas Markle.

Her lawyers are also seeking £1.5m from the Mail On Sunday to cover their legal fees, with half (£750,000) to be paid within two weeks.

The duchess’s lawyers want the Mail to publish statements to say she has won her case, with an online notice staying on the MailOnline homepage for “not less than 6 months”.

Her legal team also asked the High Court to order the paper to destroy any electronic copies of the letter, or any notes made about it.

They said they were not looking to punish the paper and were only seeking nominal damages.

The new details emerged Tuesday, March 2, in a hearing over costs and other unresolved matters.

At a remote hearing on Tuesday, March 2, Ms Markle’s lawyer, Ian Mill QC, applied for an injunction, saying it was needed to stop the publication from continuing to breach her privacy and copyright.

In written submissions, he said: “This case is a paradigm example of one in which there is a very real need for an injunction.

“It is required in order to protect the claimant’s rights and stop the continuing acts of infringement.

“This is in the face of a judgment which has found, in the clearest possible terms, that the defendant’s acts of publishing those articles infringes the claimant’s rights.

“Accordingly, at the time of writing, the defendant defiantly continues to do the very acts which the court has held are unlawful.”

He also sought an order for the newspaper’s publisher, ANL, to publish a statement about the duchess’ victory on the front page of the Mail on Sunday and the homepage of the MailOnline “to act as a deterrent to future infringers”.

He said Meghan Markle was also willing to “cap her damages” for misuse of private information at a “nominal award” to “avoid the need for the and cost to be incurred in debating these issues”.

Antony White QC, representing ANL, said his client planned to appeal against the summary judgement ruling, arguing it “would have a real prospect of success”.

He said Ms Markle’s withdrawal of her claim for damages, instead seeking nominal damages, was “a radical change of position”, adding in relation to her request for nominal damages: “It is suggested that £1, £2, or £5 would do.”

Mr White also argued that any order requiring ANL to hand over copies of the letter should be put on hold until any appeal against the judgement could be determined.