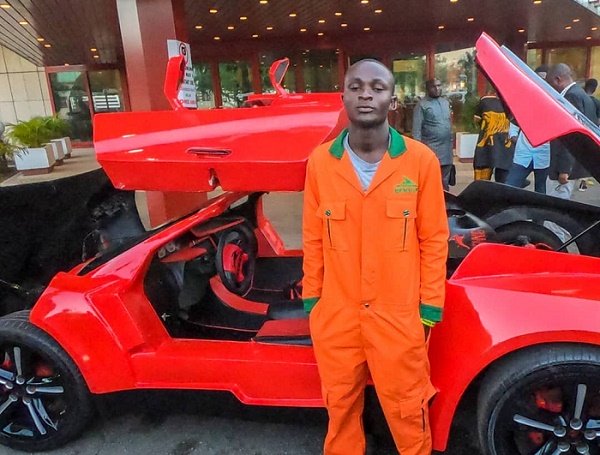 The car was launched on Thursday at the Transcorp Hilton, Abuja.

Speaking during the event, the Plateau-born engineer disclosed that the sports car is the first of many more innovative products he will be manufacturing.

He also appeared on ‘Driving Local Innovation,’ a segment on Channels Television’s Sunrise Daily on Friday, where he explained that the love for luxury vehicles in Nigeria and Africa informed his drive to manufacture such car.

“In Europe, we learnt that making the car is just half of the challenge, and selling it is the other half; Africa is usually is the target place to sell these vehicles, so I feel there’s a big market for it here,” he said.

He added that the availability of the resources for fabricating the car also facilitated such innovation.

Giving the specifications of the car, he said fibre was used in producing the Bennie Purrie so as to enable it withstand shocks in case of an accident.

He added that lack of shock absorbers in aluminium made ones often account for deaths of people whenever a crash occurs.

The car has since been drawing commendations from several quarters, with many using it as a reference to push for made in Nigeria products.

The Plateau state government, who sponsored the unveiling of the innovation at Abuja, also took to his social media handle to commend Mallo, with a picture of Governor Simon Lalong posing inside the car.

Mallo, however, disclosed that those willing to purchase the sports car will have to wait for two more years when the fabricator will be ready to create one fit for public use.