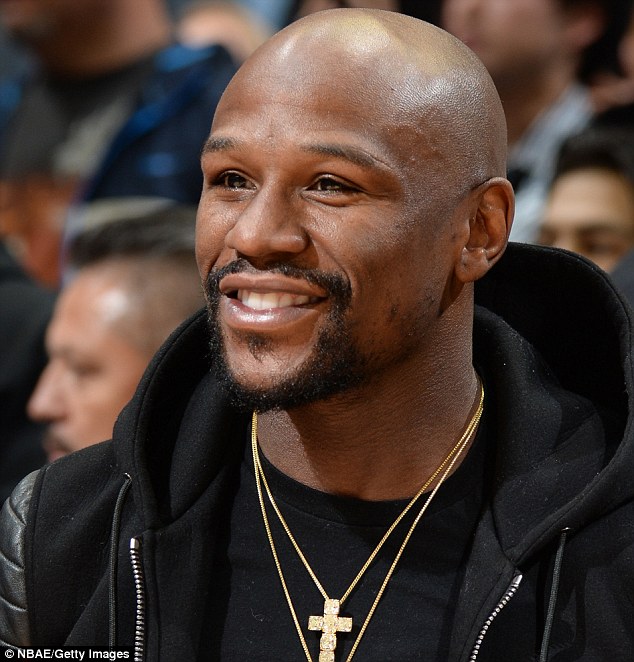 Floyd Mayweather has come out with the bizarre claim he could buy Newcastle United and in turn bring Cristiano Ronaldo back to the Premier League.

The boxing legend is known for piling his money into lucrative investments, and the purchasing of a Premier League club has crossed his mind.

North east giants Newcastle have been looking for new ownership for some time, with Mike Ashley in long-drawn negotiations with a consortium headed by Amanda Staveley – though Mayweather isn’t adverse to the idea of investing in the ‘party’ city.

‘You better believe if I were to invest in I would be back partying there often,’ the boxing icon recently stated, as reported by the Star on Sunday, via 101greatgoals.

‘I love Newcastle, those guys like to party as hard as any city I have been to anywhere in the world.

‘I met some of the players last year and they are good guys. I am always open to new business opportunities and I love all sports, but I invest with my head not my heart.

‘Investing with your heart is the quickest way to lose money. But if somebody put together a business plan and my people looking over it and went ‘Floyd that can make money’ then I would invest. Soccer might not be my game but I’ve got connections everywhere.

‘Cristiano Ronaldo has been a long-time supporter and buddy of mine, so I might even be able to get him to finish his career off at Newcastle.’

Whether Mayweather is actually serious or, more likely, if these are throwaway comments aimlessly given to a reporter – Newcastle are a club still with serious aspirations of getting their ownership issues sorted.

Ashley has held several rounds of talks with Staveley’s people, though a deal has was unable to be concluded and communication was broken off in January.

Manager Rafa Benitez has been left conducting his business on a budget ever since, and is tasked with retaining the Magpie’s Premier League status this season.

Newcastle currently find themselves in 13th place with 32 points after 30 games played.