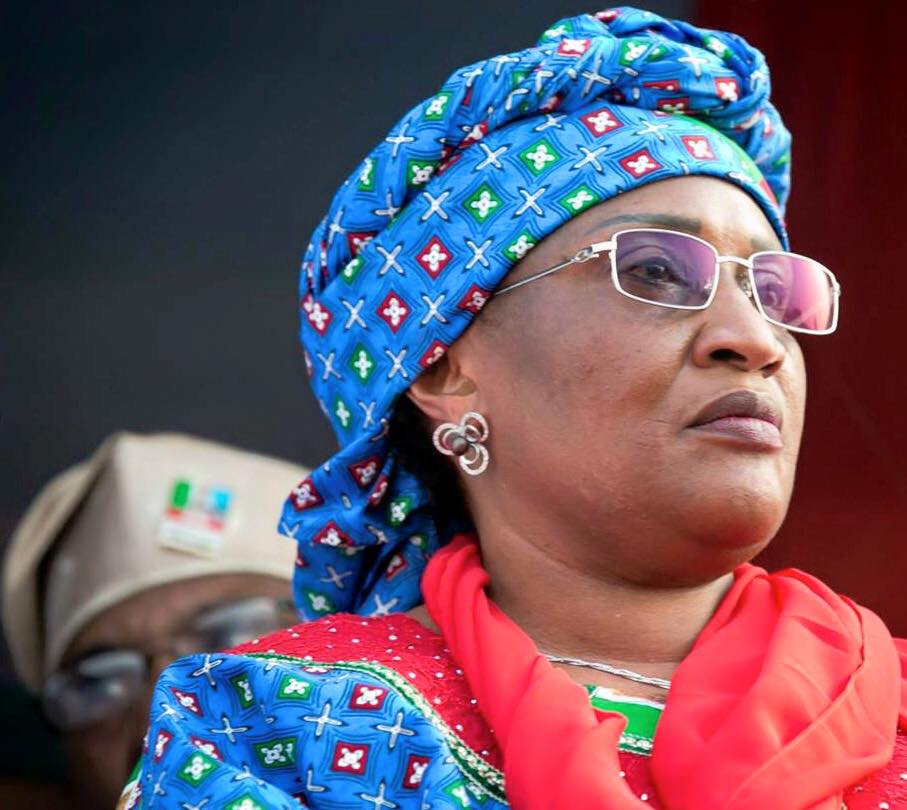 Minister of Women Affairs, Aisha Alhassan, aka Mama Taraba, has reacted to speculations that she was “planning” to dump the ruling All Progressives Congress (APC) following the exit of former Vice President, Atiku Abubakar.

The Buhari’s cabinet member had last year stated that she would support Atiku for the 2019 presidential election even if President Buhari decided to run.

“Atiku is my godfather even before I joined politics,” she said in Hausa. “And again, Baba Buhari did not tell us that he is going to run in 2019.

“Let me tell you today that if Baba said he is going to contest in 2019, I swear to Allah, I will go before him and kneel and tell him that ‘Baba I am grateful for the opportunity you gave me to serve your government as a minister but Baba just like you know I will support only Atiku because he is my godfather. If Atiku said he is going to contest.”

But in a chat with Premium Times, Alhassan, declared that she would remain in the APC.

“Politics is all about interest, and nobody forced me to leave PDP to join APC, so no one will force me out of it.

“I will continue to work for APC and that’s why I travelled to Taraba State, to campaign for our party’s candidate Sanusi Jambawaile.

“I know many may wish to see me leaving APC, but let me assure them I will remain in APC. How can I destroy the house we collectively built?” She quipped.

She, however, assured that the party “is intact in Taraba State.’’

“There is no squabble or faction, and our great party APC in Taraba is intact.

“So, we are one. No problem as some of you thought”.

2019: ‘You have no conscience’ – Shehu Sani carpets Northern govs for endorsing Buhari

Why Atiku, others returned to PDP – Abaribe