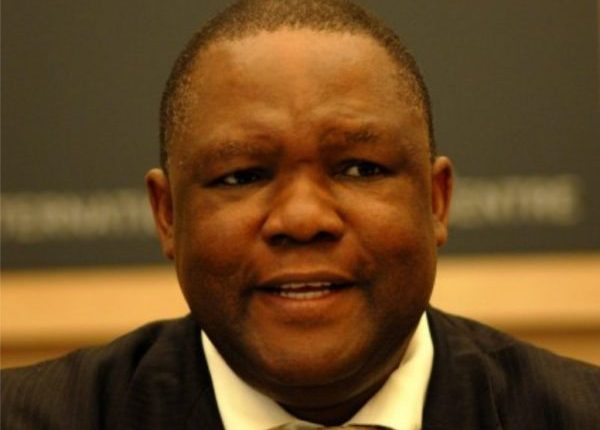 Obadiah Mailafia, former deputy governor of the Central Bank of Nigeria (CBN), says he has no proof to back his claim on Boko Haram sponsor.

Mailafia was invited by the Department of State Services (DSS) in August over his claim that a governor from the north is the leader of Boko Haram.

After his release from DSS custody, Mailafia said he was ready to lay down his life for the country like Nelson Mandela, former president of South Africa, did for his country.

But in an interview with BBC Hausa, Mailafia later said he got the information from “some traders” in the market and did not know that his statement would go viral.

Speaking on Monday in Jos, Plateau state capital, after he was interrogated for a third time by the DSS, the former CBN governor said if he had his way, he would have put his words in a better language.

“I had a routine appearance with the Department State Security, Plateau state command. I am very pleased that I was treated very professionally. There was no harassment or intimidation,” Mailafia said.

“Over a month ago when I gave a radio interview, based on what I heard. If I had my way there are few things I would say differently, but I spoke on the spur of the moments, and I believed that it was a matter of greater urgency to make a wake-up call to what is happening.

“I didn’t really mean to say that the government was part and parcel of the killings, I implied that they could do better because thousands are dying, innocent women and children, elderly and youths.

“But if I have my way I would have put it in better language, and I have no way of corroborating some of these things, I heard it and I could have follow them into their camps to confirm because I might not come back to tell the story, so that is the reality.

“I have indicated that I have reason to believe that my life has been in danger. I have no conclusive proof but I get threat, I get calls. Where I was staying, on Thursday, I saw some strange people at the gate trying to break in. I jumped the fence and escaped because I don’t know who they are.”

His supporters had stationed themselves outside the office of the secret police chanting solidarity songs.