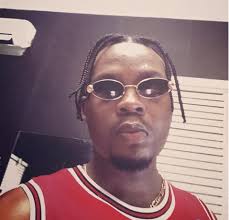 A show promoter based in Barcelona, Oluwatosin Oketumo, popularly called T-Cash, has claimed that his life is in danger after a show which was supposed to feature Rapper, Olamide flopped.

The show promoter said he contacted Olamide through his tour manager, Alex Ozone and they had an agreement of €8,500 to have the artiste perform at the event in Barcelona.

However, he gave Olamide’s camp €4,000 and he did not show up for the performance.

According to him, this had brought death threats to him as people are posting his picture with the caption RIP.

He told Punch, “The name of my outfit is T-Cash International Promotion and I am based in Barcelona. I had a deal of €8,500 with O3 Media, Alex Ozone who is Olamide’s tour manager but I was unable to meet up with the whole money as of the time of the event.

“The initial agreement was that I was going to pay for the flight ticket and hotel reservation of five people from Prague, the Czech Republic to Barcelona, at the end of the day, I was told to add two more people to the list making it a total of seven people. I did not object.

“They were supposed to arrive on Friday but I booked the ticket a day before so that we could have a massive publicity for the show. At the end of the day, the turnout was not as massive as I expected but I was able to gather €3,000. With that money, I went to the hotel to talk to Ozone to plead with him to have €3,000 and I promised I would give them the full payment after the show.

” At the end of the day, they collected €3,000 plus the €1,000 I had given them earlier. After I had begged, he said that he went to talk to Olamide and the singer said that he would not perform if his fee was not complete, and that’s how everything went wrong and they left Barcelona.

“Olamide was in his room and they did not allow me to talk to him. By the time I went to the venue to talk to the crowd, people had scattered everywhere and before I got back to the hotel, they had already taken a cab to the airport and traveled to Germany. I have been trying to reach them but they are not saying anything and people have begun to rubbish my name.

“Some people have been saying that they paid me and I absconded with their money but it is a lie. No one contributed a dime for me to stage this show. It was just me and three of my friends that came together to make it happen.

“Now I am trying to reach them to ask for my €4,000, even though I know I may not get the refund for the tickets I bought. Right now, I am facing a lot in Barcelona just because Olamide did not perform as I promised. Many people are writing nasty things about me with some posting my picture and writing Rest In Peace on it. My life is in danger as I am being threatened constantly. I am facing a lot right now just because of the show and it is also spoiling my business. I contacted Olamide through Ozone because he is his tour manager. I am not thinking of taking legal action but I just want them to return my money and I would know how to sort the mess out,”

When contacted, Olamide’s tour manager, Ozone said that they had a contract prior to the show but T-cash did not meet up his end of the bargain.

“Did he tell you we had a contract prior to the concert?

“He didn’t meet up, that’s why I didn’t allow Olamide to perform. So how would I have got the balance, he didn’t pay as agreed, so we had to leave.

“The contract stated that he would pay €8,500 and provide flights and accommodation for five people.

“I have a right to sue him for breach of our contract, the dude made me lose €5,000 for that show.

“He did a live video on his Facebook page where he even apologised for using me,” Ozone said.