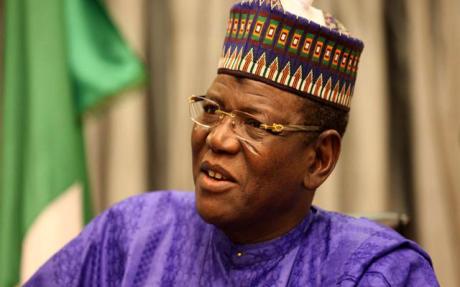 Thirteen former governors of the Nigeria’s 36 states are currently being tried in different courts over allegation of money laundering, embezzlement and misappropriation of public fund, according to Economic and Financial Crime Commission, EFCC.

Last month SaharaReporters published a list of 21 senators  including the Senate President, Bukola Saraki (see list here) who are also being investigated and prosecuted by  anti-graft agencies. Majority of the accused senators are also ex-governors who were later elected into the Senate.

Sources in the EFCC confirm there are other former governors who are also being investigated, but whose names are yet to appear on the list because the investigation is still on-going.

Below is profile of the suspects.

Akala is the immediate successor of former Governor Ladoja. He was the deputy governor between 2003 and 2006 after when her principal was sacked, and he later became the governor and remained in office till 2011.  The former police officer is currently facing money-laundering charges since 2011 in High Court Ibadan. Trial is yet to commence because the case has been on interlocutory appeal at the Supreme Court.

He was the former governor of Jigawa State, standing trial alongside others for corruption related money laudering at the fedral high court since 2015. Tril is ongiong.

Former governor of Adamawa is standing trial for corruption related to money laundering since 2015 at the Federal high court Abuja. Trail has commenced in the case.

He was the former governor of Kogi since2013. Trial was ongoing until his death in 2015.

Former governor of Jigawa charged for corruption related to money laudering. Since 2007 at the Federal High Court Dutse. He has absconded bench warrant issued for his arrest.

Former governor of Abia State is standing trial for money laundering since 2007 at the Federal High court, Abuja Case stiull pending at the supreme court for the determination of interlocutor.

Former governor of Plateau state standing trial for 23 –count charge of criminal misappropriation of public funds, embezzlement, and criminal breach of trust since 2007 at the High Court of Abuja. Trial ongoing.

Former governor of Gombe is answering charges for corrupt practices and money laudering since 2011 at Federal High Court Gombe. Trial is ongoing.

Former governor of Taraba State charged since 2007 at the high court of Abuja. The trial is ongoing.