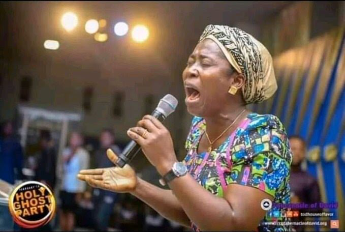 The husband to late gospel singer, Osinachi Nwachukwu allegedly made their kids stomp on, hit the deceased.

A Nigerian lawyer, Honey Evarist made this claim via Facebook on Monday.

According to Evarist, the revelation was made at the Federal Capital Territory Police Command where the late singer’s husband is being held.

He was arrested following multiple reports that he physically abused the “Ekwueme” crooner, which eventually led to her death.

“Do you know this man holds the singer down and makes the kids stomp on her and hit her?

“The female officers here are beyond livid,” Evarist wrote.

Osinachi died on April 8th, 2022 at an Abuja hospital.

Alleged Money Ritual: Young man kills his girlfriend in Lagos, sleeps with her corpse for six days in line with native doctor’s directive