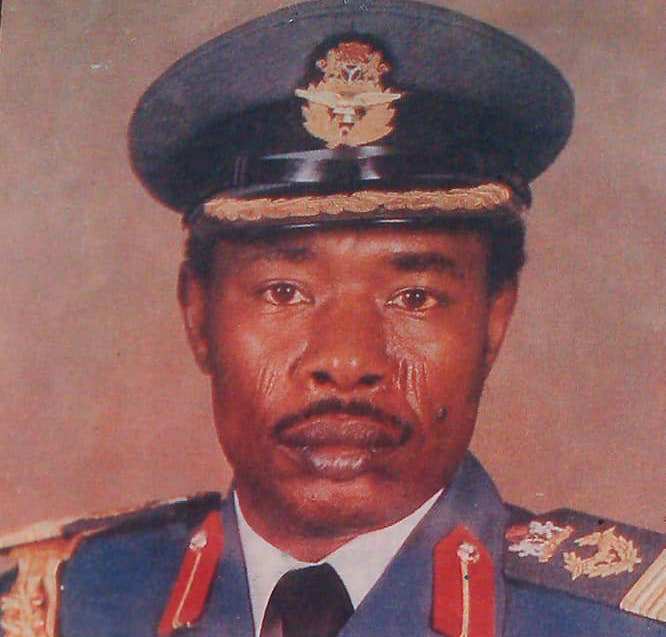 Abdullahi, aged 73, born in Hadejia, Jigawa state, died on Wednesday at a German hospital after a brief ailment.

A statement signed by Alhaji Musa Gwadabe said the body of the late military officer will arrive Kano today from Germany.

The statement said the funeral prayer will be performed exactly at 8.00pm.

Late Air Vice Marshall Hamza Abdullahi who died on Wednesday 2nd December, was a military governor of old Kano State from 1984 to 1985.

In his tribute, Kano State Governor Dr. Abdullahi Umar Ganduje in a statement signed by the commissioner for information, youth and culture, Malam Muhammad Garba indicates that “late AVM Hamza Abdullahi had helped immeasurably towards laying the solid foundation for the qualitative education system as well as civil service in Kano state.

The statement says late AVM Hamza Abdullahi was a rare gem, well respected for his statesmanship and his leadership qualities, and would be long remembered for his selfless service to the nation when he served as Minister of Works and Housing as well as the FCT.

Ganduje particularly acknowledged the impacted role played by the former Governor towards ensuring the successful movement of the nation’s capital city from Lagos to Abuja.

The Governor prayed that Almighty Allah would comfort his family, friends and associates the fortitude to bear irreplaceable lost in this moment of grief and grant the soul eternal rest .