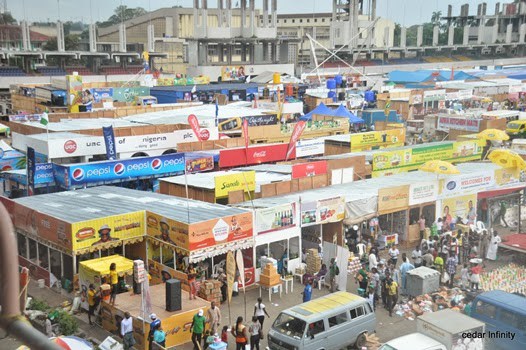 The Executive Director, Lagos Trade Fair Complex Management Board, Lucy Omosefe-Ajayi, said the board recorded more than N500 million in the first quarter of 2018.

Mrs Omosefe-Ajayi made this known while speaking with journalists on Friday in Lagos shortly after inauguration of the Lagos Trade Fair Management Board.

The executive director said although the management commenced operations on zero budget in 2017, it had been able to generate resources by looking inward.

She said that the management was able to achieve the feat through the cooperation of stakeholders (traders) and the implementation of the Executive Order on the Ease of Doing Business.

“Most of the present infrastructure upgrade within the complex was done with the cooperation of the traders.

“In the same vein, having seen improvement in facilities and policies meant to aid their businesses, the traders now pay their royalties to government without confrontation.

“There has been work on the five kilometer road within the complex that was abandoned for nine years by the former manager who did not pay a kobo to government.

“Aulic is indebted to the federal government to the tune of N6.5 billion for the nine years it managed the complex,” Omosefe-Ajayi said.

She said she had reported Aulic Nigeria Limited, the former concessionaire to the Economic and Financial Crimes Commission (EFCC) for appropriate action.

According to her, the management of the complex has set a one billion Naira target for 2018, with over half of the money in the government purse already.

She promised that the management would work very hard to meet the target before the third quarter of the year.

She explained that the management was making effort to host the 2018 Lagos International Trade Fair at the complex to meet the demand of the people.

“The annual trade exhibition has eluded the complex since the period the complex was under the management of the ousted concessionaire.

“The trade exhibition will be staged in this complex by November and the management hopes to partner with more investors to further develop the complex.’’