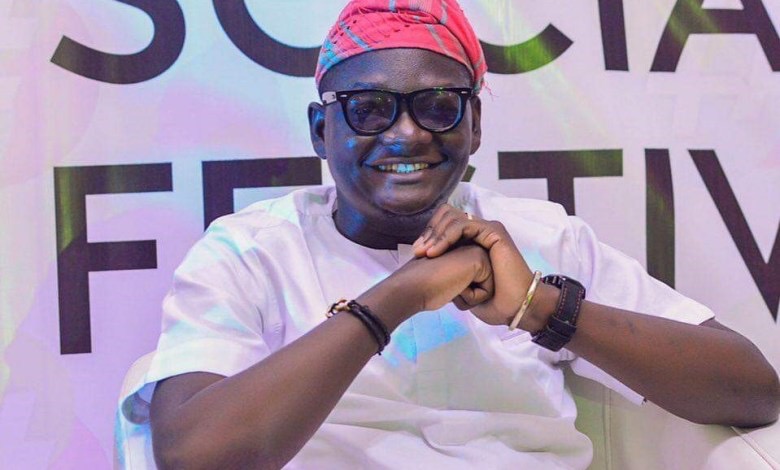 The prayer of every father is to see his son bask in the euphoria of his legacy while making efforts to keep the records straight and adding new records to the ones already made in the days of yore.

Since he mounted the saddle, Sanwo-Olu has fired from all cylinder and breaking new grounds with the actualization of his T.H.E.M.E.S. agenda which has served as the bedrock of his development agenda. During the 2019 electioneering campaign, Sanwo-Olu campaigned on what will be his priorities. He had during his campaign revealed that Project T.H.E.M.E.S. is an acronym for six strategic developmental agenda which are as follows – Traffic Management and Transportation, Health and Environment, Education and Technology, Making Lagos a 21st Century Economy, Entertainment and Tourism as well as Security and Governance. No one thought that these could be achievable.

So many thought that they were only agenda on the front pages of newpapers to excite the people to his favour, but Sanwo-Olu reinstated, by actions, that in the progressive political dynasty where he comes from, leaders walk their talks. This is very similar to when Tinubu took over Lagos in 1999. Tinubu defied the gloom predictions of all and sundry who witnessed the realities of Lagos at that time. Lagos was described as a huge urban jungle that was fast disappearing under a mountain of refuse. Tinubu working with his smart team of competent people turned the ugly situation around.

To the obvious amazement of everyone, Governor Babajide Sanwo-Olu has again defied the predictions of people with his laudable projects in the different sectors and fields of human endeavour, in just three years in office!

Owing to Lagos State position in the global techhub ranking, Governor Sanwo-Olu saw the need for a smarter Lagos, and he tackled it almost immediately by donating N250million grant for tech startups to build on their innovative ideas. He of course didn’t stop there. He made sure that about 3,000km of fibre-optic cables which will be about 6,000km upon completion were laid during the first phase of the Smart City Project.

Through the Medical Project Implementation Unit (MPIU), Governor Sanwo-Olu kick-started a total upgrade of infrastructure in the state-owned primary, secondary and tertiary healthcare facilities. Some of these upgrades include the remodeling of the Mainland Hospital in Yaba; Apapa General Hospital, Harvey Road Health Centre, Ebute Metta Health Centre, Isolo General Hospital and the General Hospital, Odan; two multi-level Maternal and Childcare Centre (MCC) in Eti-Osa and Badagry; a four-storey Faculty of Basic Medical and Clinical Sciences Office Block at Lagos State University College of Medicine (LASUCOM); Oxygen Centres in 10 locations across the state; construction of a 24-unit Doctors’ and Staff Quarters at Gbagada General Hospital.

Clearly, Governor Sanwo-Olu came from that line of leadership bulldozers who came into government to change the status quo. In just 3 years, Sanwo-Olu has completed and commissioned numerous new road projects, across the three senatorial districts. He even dared to complete the ones he inherited from the last administration. What a man! What a Governor! The Sanwo-Olu administration has seen the completion and commissioning of roads across the State, such as the Tedi-Muwo Road and Link Bridge at the Lagos-Ogun State boundary that cuts across Alimoso and Agbado-Oke Odo; the 1.4km dual carriage Pen Cinema Bridge; the 13.68 kilometres Oshodi-Abule-Egba BRT corridor; 31 networks of roads in Ojokoro LCDA as well as six junction improvement projects to tackle traffic congestion under the Traffic Management Intervention Plan. In Lekki, the state government is building the Regional Road and the Lekki-Epe Expressway. In Ikorodu, there is the ongoing Agric-Isawo Road; Bola Tinubu-Igbogbo-Imota Road; Ijede Road; Oba Sekumade Road in Ipakodo and Itamaga to Ewu Elepe Town.

As a learned person who knows the importance of education, Governor Babajide Sanwo-Olu in three years launched attack on all set backs hindering the progress of Education development in Lagos State. He started by commissioning over 1,097 school infrastructure projects, covering 970 schools across the 20 Local Governments and 37 Local Council Development Areas, then to renovating 322 dilapidated public schools, then to the provision of 87,000 units dual composite furniture for 775 primary and secondary schools, and ended with completing additional 300 classrooms and seven new blocks of students’ hostel. In addition to these unbelievable developmental strides, five libraries were renovated at Epe, Badagry, Eti-Osa, Amuwo-Odofin, Ikorodu. LASU Students Arcade was delivered and two higher institutions upgraded to universities. Like Tinubu Like Sanwo-Olu! Lagos has seen the light in recent times like they did in the days of yore, during the time of Jagaban of Lagos.

Sanwo-Olu’s score card in just three years also touched the agricultural sector. The Imota Rice Mill is especially one project too many. The rice mill upon completion, is said to be among the largest in the world and largest in Sub-Saharan Africa, producing 2.5million bags of 50kg rice, annually, while creating more than 250,000 jobs. What could be more outstanding than this for a governor who has stayed just three years in office?

Indeed, the prayer of every father is for his son to continue in his legacy. And this Babajide Sanwo-Olu has done. Today, Lagos has that air of development it was noted with during the time of Bola Tinubu. And of course this is only the beginning for a leader who clearly has continued in the legacies of his father.