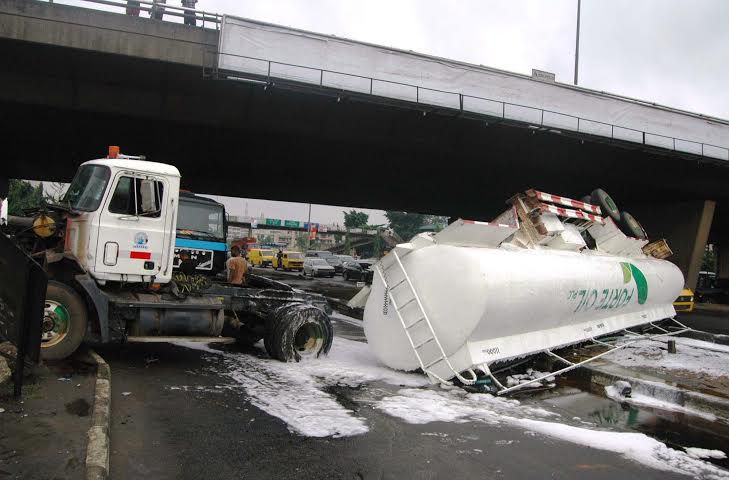 The government also said it was now mandatory for all articulated trucks coming into Lagos to obtain the Ministry of Transportation’s Road Worthiness Certificate at any of the designated centres within the next 30 days.

Addressing a joint press briefing at the Bagauda Kaltho Press Centre in Alausa after meeting with all the relevant stakeholders including Nigeria Union of Petroleum and Natural Gas Workers (NUPENG), Association of Maritime Truck Owners (AMATO), Petroleum Tanker Drivers (PTD), National Association of Transport Operators (NATO), Container Truck Owners Association of Nigeria, among others, the State’s Commissioner for Transportation, Mr Ladi Lawanson, said the decision became necessary following preliminary investigations into the incident which revealed a combination of vehicular defect and human errors.

Lawanson said: “As an immediate response to the latest incident, the Lagos State Government hereby announces the following measures: Fuel tankers are hereby directed to ply the designated trailer route, that is, Apapa-Oworonshoki Expressway via Ogudu to Lagos-Ibadan Expressway.

“All Tankers and containers coming into Lagos State from henceforth are directed to obtain the Ministry of Transportation Certificate of Road Worthiness at any of or centres within the next 30 days, while new centres along the Lagos-Ibadan Expressway will be established to quickly to cope with the expected demand for this service.”

Lawanson, who addressed the briefing alongside heads of government agencies and the stakeholders, said preliminary investigation revealed that the affected tanker which exploded was registered in Nasarawa Local Government, Kano State with registration number NSR 888 YC, and had changed ownership 13 times since purchase.

“It (the tanker) was manufactured in 1999 by Mack Trucks Inc at its assembly plant in Winnsboro, United States. This truck was designed as a 14,959kg (approximately 15 ton) drilling rig with low bed, but it was converted in Nigeria from a drilling rig to fuel tank carrier to carry 30 tonnes.

“From this preliminary investigation, the truck should not have been loaded to the weight of 30 tonnes, which is twice its pulling capacity,” the Commissioner said, adding that further investigation into the current ownership of the tanker and other related details were progressing.

On suggestion of restriction of operation of tankers to certain hours, the Commissioner said having critically examined the issue especially considering the fact that imported petroleum products are pumped from import jetties at Atlas Cove through pipelines to Ejigbo Depots in Lagos, Mosimi (Ogun), Ibadan (Oyo), Ilorin (Kwara) and Ore (Ondo), and due to pipeline vandalism, any restriction of such would undermine supplies and threaten the wellbeing of the Nigerian economy since there is high demand for petroleum products across the country. 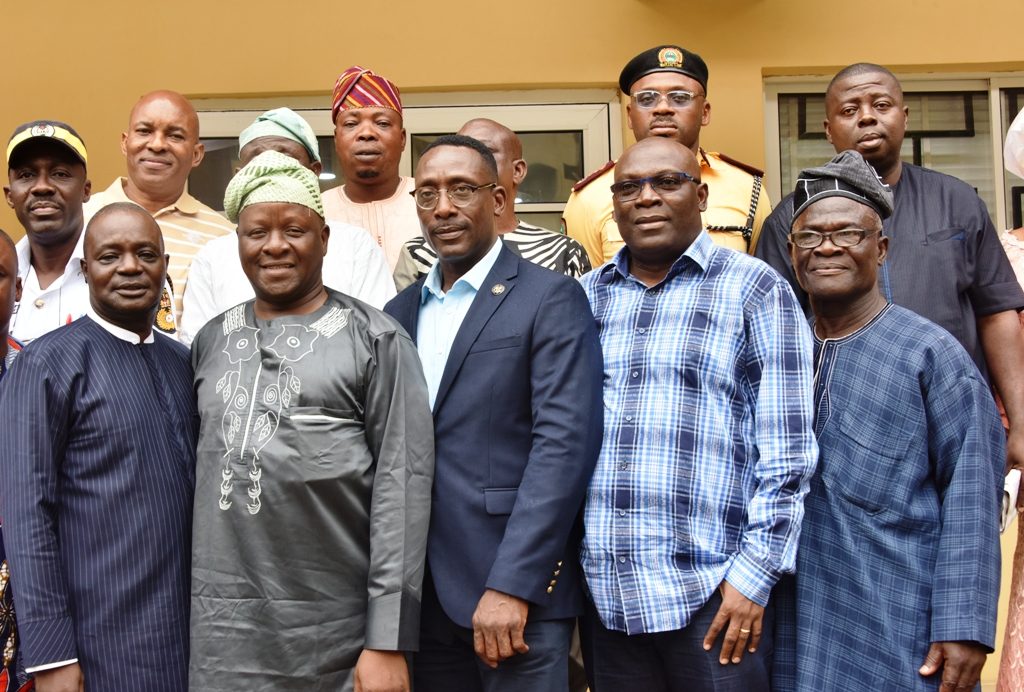 “This position has also been canvassed by the authorities in charge of the distribution of petroleum products in the consultations which followed the incident and at a time of great expectations for our economy to fully bounce back from recession, we believe that ensuring unhindered supply of petroleum products is indeed a patriotic contribution by Lagos State to the nation’s economic survival,” Lawanson said.

He, however, disclosed that the State Government was already exploring alternative modes of transportation of petroleum products to separate passenger traffic from cargo movements within the metropolis in the interest of the public safety and order.

He also said that government, in partnership with all the stakeholders, would set up joint-enforcement of the operating laws, while barriers would be installed on bridges in Lagos to prevent articulated trucks including Ojuelegba, Mobolaji Bank Anthony, Ekodeso, Abule-Egba, Lekki-Ajah, among others.

Giving update on the accident, Commissioner for Special Duties and Intergovernmental Relations, Mr Seye Oladejo said out of the four injured persons that were taken away from the scene, one unfortunately died while government is taking full responsibility for the treatment of others.

He particularly denied allegations that some victims were rejected by the General Hospital in Surulere, saying that the victims were only taken to LASUTH, Ikeja and Burns and Trauma Centre in Gbagada.

“When you have such incident of that magnitude, as part of our training as emergency responders, we need to be very careful the way we handle our communication so that we don’t raise unnecessary alarm. It is important for members of the public to remain calm while we get all our acts together, otherwise we would also be asking for another emergency.

“Altogether, nine people passed on at the incident and they were all burnt beyond recognition. We have set up a helpline at LASEMA to try and open a communication channel with members of the public and with family members of the victims. It is important that DNA is conducted otherwise we would end up giving the wrong bodies to some families to go and inter and that would become another issue entirely.

“This kind of situation really calls for patience and understanding on the part of members of the public and most especially families of victim. As much as we sympathize and commiserate, things still have to be done professionally. As a government, we are alive to our responsibility and the major business we have is to ensure safety of lives and property and we are committed to that. We have signed up on that, you are also aware of the massive investment of the State Government on issues bothering on emergency and response,” Oladejo said.

Besides, the Commissioner dismissed insinuation alleging that the integrity of Otedola Bridge had been compromised following the incident, saying there was no iota of truth in such, while government would soon fix the damaged section of the road.

EXCLUSIVE: Zahra Indimi Set To Have First Baby In Spain