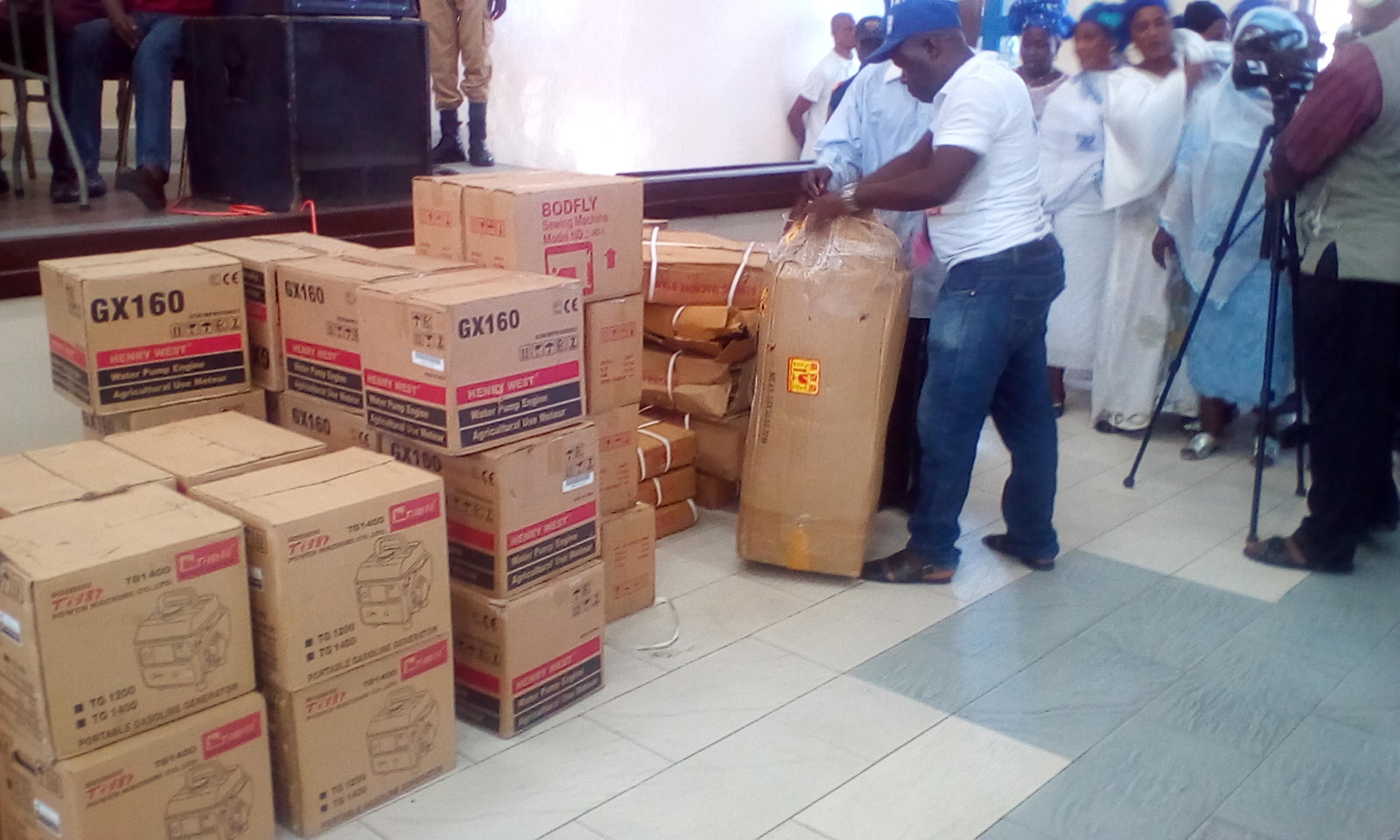 Adams also gave out dryers, grinding machines, sewing machines and power generating sets to about 200 constituents during an empowerment programmes.

The inauguration of projects, economic empowerment programme and the Town Hall Meeting came barely five months after Adams replaced the late Hon. Kazeem Alimi, who represented the area before his death on July 18, 2017.

Adams, who was elected in a bye-election conducted by the Independent National Electoral Commission (INEC) on September 30 to fill the vacant position, was sworn in on Oct, 23 2018.

The lawmaker inaugurated the ICT block with computer facilities at the Ajah Olomu Junior Secondary Schools, and the borehole water projects are situated in Ilaje, Ajah and Gbara Town in the constituency.

“To address the unavailability of water in our community, we provide borehole facilities in Ikeja, Gbara community and Iru Market to all for balanced distribution of infrastructures, across the three councils in our constituency.

“We also prioritise human capacity development to meet the challenges of the 21st century by establishing an ICT centre at Olomu Junior Secondary School, Ajah.

“My genuine desire to bring the greatest gains of our democracy to our people through quality representation and people based legislation that has guided my actions,” he said.

Adams, who noted that a lot of issues on ground still needed attention, said that it would take a collective efforts for the constituency to attain greater heights.

The Deputy Speaker of the House, Hon. Wasiu Eshinlokun-Sanni, who commended Adams for being a good representative of the area, urged the residents to return him during the 2019 elections.

“You are a worthy representative in the House, we are impressed with your contributions on the floor of the House. I am happy about this empowerment. I pray the beneficiaries make good use of the items,” he said.

Earlier in his welcome address, the Chairman of Eti Osa Local Government, Hon. Saheed Bankole, said that he was overwhelmed with the sense of commitment of the lawmaker for the sustainable development of the council.

“I look forward to all stakeholders to emulate the laudable gesture of partnering with the government,” Bankole said. 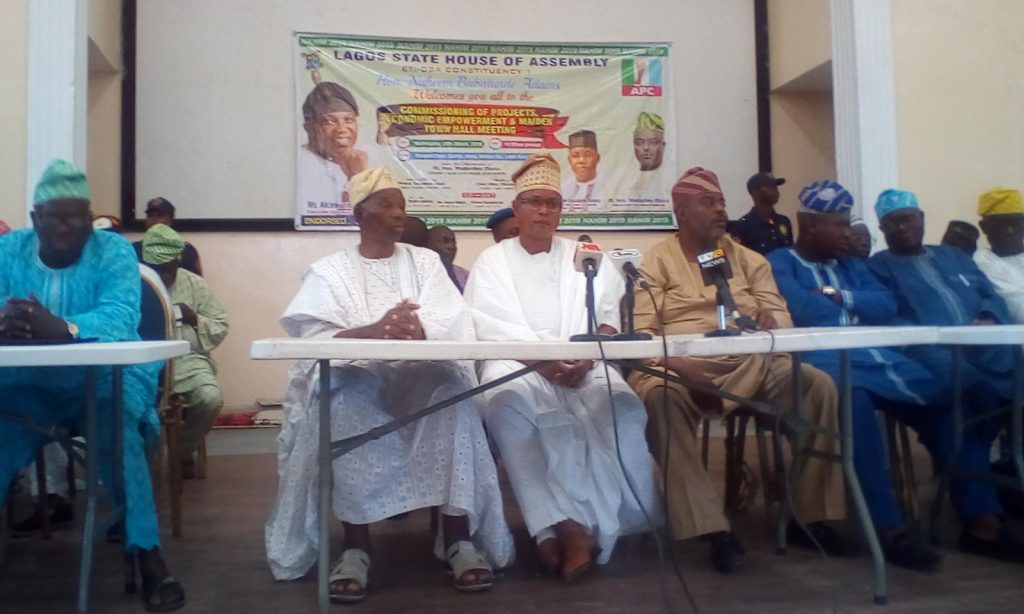 He then urged the beneficiaries to ensure adequate maintenance of the projects for the good of all.

The APC Leader in Lagos Central Senatorial District, Prince Tajudeen Olusi said that the project showed that Adams was representing the people well and carrying out what he was sent to do.

Olusi, however, called on the beneficiaries not to sell the items but create fortunes for themselves.

According to him, since the government cannot employ everybody, there is a need to look for what the people could do themselves.

He urged the residents to see the gesture as an opportunity for them to be self-employed and not to depend on public office holders for survival.

One of the beneficiaries of the hairdressing machines, Miss Motunde Oshodi said that she would start her life with the gesture, adding that she would get money through the business to pursue her education career.

Earlier, Mr Andori Hafeez, the Principal of Ajah Olomu school, who commended Adams for the provision of the ICT Centre, said that the project would add value to the study of the students.

Beneficiaries of Water Project in Ilaje-Ajah and other areas commended the lawamker for the gesture, and called on the government to fix inner roads and drains in the area.

Traditional rulers, APC leaders, residents and party faithful in the area were attended the event.