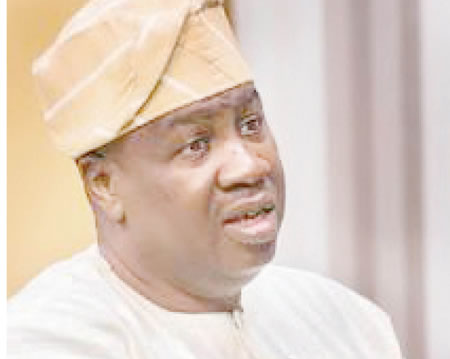 A chieftain of Peoples Democratic Party (PDP), Mr. Babatunde Gbadamosi, on Saturday emerged as the party’s senatorial candidate for the forthcoming bye-election holding on October 31, 2020, after garnering a total of 529 votes to beat other three aspirants for the position.

This was just as Mr. Ademola Alebiosu earlier emerged as the party’s flagbearer for Kosofe Constituency II for the
State House of Assembly bye-election also scheduled to hold October ending.

The exercise held at the Kosofe party secretariat, with Alebiodu polling 31 votes to defeat his only opponent, Mr. Segun Aroyewun.

The senatorial primary exercise, which produced Gbadamosi as the party’s candidate, commenced around 12: 18 pm at the PDP local council secretariat at Pedro in Somolu area of the state and was witnessed by the Independent National Electoral Commission (INEC) team led by Tunde Oyebode.

Announcing the result, Secretary of the Electoral Committee, Hon. Awaj- Imombak Abiante, gave the run down, saying a total of 638 delegates voted, while 14 void votes were recorded in the exercise, with Gbadamosi polling the largest of 638 votes to beat all his rival.

The seat became vacant following the death of Senator Sikiru Bayo Osinusi, who passed on on June 15, 2020.

The exercise witnessed party delegates from five local council areas in the state, including Somolu, Kosofe, Ibeju- Lekki, Ikorodu and Epe coming together to vote the candidate of their choice.

Chairman of the national electoral committee, Sir Ndidi Okereke, had in an interview with the newsmen, applauded the exercise as peaceful, even as he commended the aspirants and the delegates as well for the peace exercise.

The aspirants also in separate interviews noted the peaceful exercise, while they commended the party leadership for bringing such about.

Tinubu: PDP dead in Ondo… we are about to nail their coffin