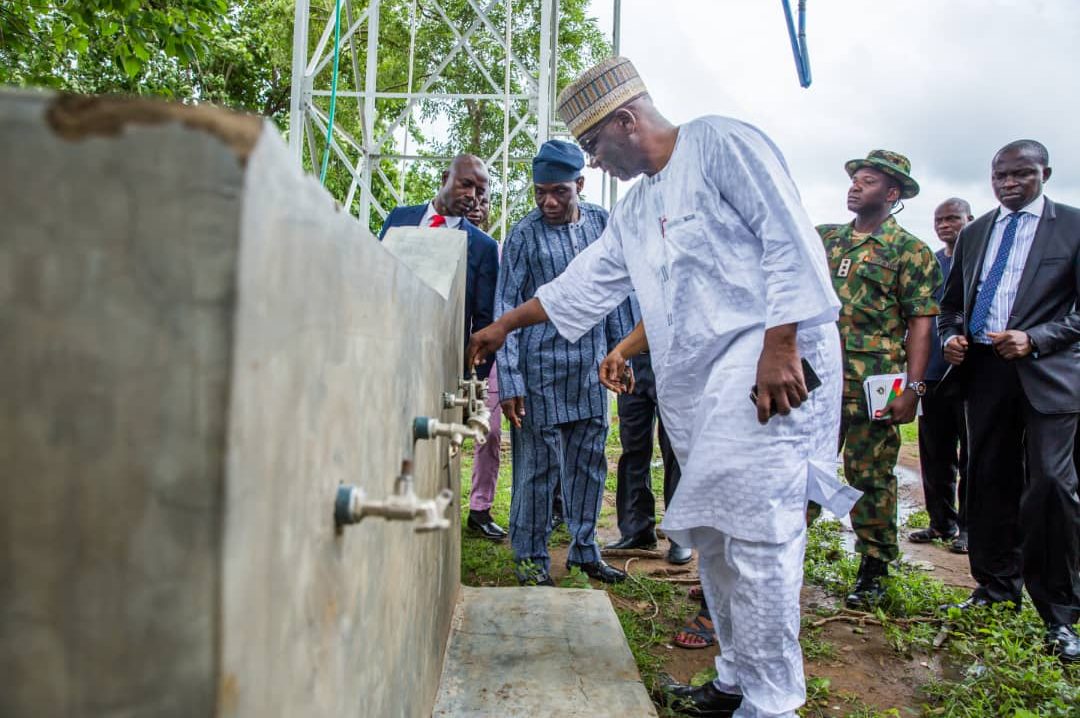 His first one year in office has rightly been adjudged one of the best among first-term governors of Nigeria. His heavy investments in healthcare, road network, provision of potable water, workers’ welfare, his incredibly simple but impactful approach to governance, and his relationship with the masses have earned him accolades from wide and far. But just when many have declared the 2023 race open just a year after the last general election, AbdulRahman AbdulRazaq, Governor of Kwara, is instead upping the game to the chagrin of his harshest critics and comfort of the masses.

Over the last four weeks, the Governor has taken steps to not only strengthen the delivery of good governance but to also deepen accountability and transparency and reassure the masses that his administration would do things differently. On top of that is the ripening of the fruit from one of his bold, strategic steps in the health sector: the delivery of 2.3m insecticide nets to combat malaria and tackle maternal death. At $4 per one, the insecticide nets are worth N3.3bn and they came with over 5000 ad-hoc jobs for Kwarans. It is the fruit of the N82m counterpart funds the Governor paid last year for the Global Fund and Partners on malaria campaign. In Nigeria today, Kwara is proudly rated a state with ‘high political commitment’ on matters of public health. Last week, Kwara received N100m grant from the World Bank/NCDC to strengthen its superlative showings in Nigeria’s battle against COVID-19. It is a testament to Kwara’s emerging stature in national ratings.

The good news did not end there. AbdulRazaq’s critics are clearly overwhelmed by his simple but impactful moves to deliver basic amenities to the people. What he claims to have done — water, health, road, workers welfare, and humane leadership — are things ordinary person can attest to. He isn’t building a castle in the air. The tactics of the critics have therefore been to tag him as non-transparent in the management of public resources. When they claimed that palliatives given to the poorest of the people were a fluke, he beckoned on various civic groups to lead the distribution. The rest is history.

A few weeks ago when some persons alleged monthly diversion of N300m local government funds, the Governor had a historical precedent to bare the fang. In 2003/2004 when similar allegations came up, rather than the helmsman rising to the charge, some council chairmen linked to the allegation bit the dust for such derring-do! For AbdulRazaq, however, he chose the path of honour by not only disputing the claim but also officially inviting the Economic and Financial Crimes Commission (EFCC) to probe the allegation. He urged the House of Assembly to also investigate the claim while also setting up a panel of inquiry to unravel the truth for Kwarans to see.

That is not all. In response to claims that government’s contracts were not commensurate with public funds sunk into them, AbdulRazaq boldly activated a social audit system which enables civic groups and communities to monitor government projects and submit a report upon which further payments to contractors would be based. That is a first in Nigeria. Some persons have sought to deride the process by saying it is a Greek gift and is no substitute for the Freedom of Information Act which is currently before the Kwara State House of Assembly for domestication. They miss the point. The Governor never intended it to be a substitute for the FOI Act. His introduction of it was a rare show of goodwill which points to his sincerity in the service of the people. Under the social audit, the government is committing to giving every necessary document and political support to the public to ensure that projects are properly executed. In any event, those deriding social audit are in a way misconstruing the fact that FOI and social audit seek just one end: transparency and accountability. Neither the FOI nor social audit is an end onto themselves. They are a means to an end: transparency, accountability, and probity.

The government indeed appreciates the attitude of those who have embraced social audit while pushing for the FOI. Such embrace implies that all they want with the FOI is transparency and quality service delivery. Those calling for the rejection of social audit are unwittingly telling the public their interest in the FOI is not to press for accountability but to blackmail the incumbent government. No administration wants to be blackmailed or stampeded.

The push for a new Kwara continues, nonetheless. The Governor has recently empanelled a commission of inquiry to investigate the sale or acquisition of public properties between 1999 and 2019. It is a step to return to Kwarans what belonged to them and send the signal to the past and present occupiers of public office that there would be consequences for bad behaviour. No society grows without regard for law and order.

The Governor’s agenda to build a new economy in Kwara State has also received a major boost as the state Executive Council approved the construction of an information communication technology (ICT) innovation hub and Ilorin Visual Art Centre — both of which are certain to create jobs, expand revenue base, and make the state the go-to place for great things. With film post production works currently being done majorly in Lagos, South Africa and Ghana, the visual arts centre will put Kwara on the map of African cinematography especially the last mile finishing. That brings greater attention to KWASU’s Film (Studies) and Film Production Department and the Malete film studios. PwC estimates that the Nigeria entertainment and music sector compound annual growth rate (CAGR) will hit 10.8 billion dollars by 2023. That sector currently employs one million people annually cutting across location scouting, cinematography, editing, sound design, set design and distribution. That’s the possibility Kwara will be tapping into once the visual arts centre berths.

If there is anything that COVID-19 has taught us, that would be how far-gone or far-behind-time our current work-life style is. Many university degrees today may not earn us jobs in the coming years. So the government’s investment in the ICT hub is to prepare Kwarans for the new economy and a fair opportunity to compete. The pandemic has taught us that the 9-5 job schedule is becoming obsolete; yet 4 in five persons are ill-prepared for the new challenge. With the ICT hub, our young people will learn software engineering, artificial intelligence, machine learning, graphic designs, social media, digital marketing, and a lot more in an atmosphere of beneficial synergy with the private sector. It is designed to prepare the Kwara person for global outsourcing and startup entrepreneurship with emphasis on solving local problems and create values.

The takeaway from all these is that AbdulRazaq is clear-eyed and determined to restoring a Kwara envisioned by its founding fathers: a state that is central to Nigeria not only in its geography but also in what it brings to the table of socioeconomic and human capital development.

·       Ajakaye is the CPS to the Governor of Kwara State

IYD: Why youths are at front of our administration: Kwara Gov