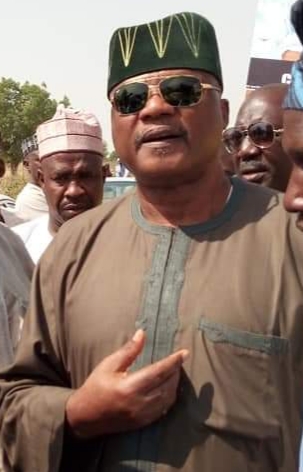 Kano State ex-commissioner for special duties and key figure in APC, Gen. Idris Bello Dambazau (rtd) has described the political orientation and approaches of Senator Rabiu Musa Kwankwaso are nothing but exploitative and swelled-headed.
Gen. Dambazau made the remark over the weekend during an interview granted in Kano.

He said the response was deem appropriate due to the recent utterances been blaring by Sen. Kwankwaso, frustrated by the gale of defections of his ex-political heavyweights to ruling party, which he said is gradually dragging his Kwankwasiyya ideology to its knees in Kano and beyond.

He asserted that they resorted to dumped the movement, because they were marginalised, sickened and tired of living under shackles of Kwankwaso’s high-handedness and exploitative stewardship.

” Kwankwaso is restive and jittery and outrightly aware of losing direction, been apprehensive of seeing that the days of his political bragging days are numbered, that’s why he resorted to making unfounded and misguided utterances few days to the general elections” Dambazau alleges.

He also cited that, “as an ex-army officer I’m workaholic, that’s why in the past, i decided to work with Kwankwaso, because he commands large followers, and overwhelming influence blended with a zeal to work hard for the progress of Kano people.

But he said” as time passed, Kwankwaso transformed to a different man, his approaches and attitude completely changes, taking himself as a larger-than-life politician, irascible, who doesn’t accommodates and accepts any initiatives from others, apart from his own”

“One has to exercise perseverance, total submissive in a tiptoed movement and great deal of patience in as much as he works closer to him, because age, familiarity, talk less of blind loyalty is not a yardstick to spare you from the glare of his embarrassment” Dambazau lamented.

Gen Idris Dambazau in an imprecatory response said, when it comes to the issues of Kwankwaso’s 2015 presidential bid bankrolling,
incomplete 5-kilometre roads, Kano students foreign scholarship skirmish and other sundry complexities, still there were so many pending questions which are yet to be answered.

While commenting on what attracted him to decamped to APC and how would he would sell governor Ganduje amidst allegations of impropriety.

Dambazau said” mild-manner, good approaches, and spirit of forgiveness is among the qualities attracted me to him, and the works done within three years speaks volumes worth of his competency to be re-elected”

“Ganduje as a leader, didn’t consider himself as superhuman, he is capable of doing good and contrary on the other way round,” he praised.

Gen. Idris Dambazau (rtd) boasted that the day of democratic reckoning is around the corner in less than a week, whereby political grain and chaff will be separated in a ballot box.