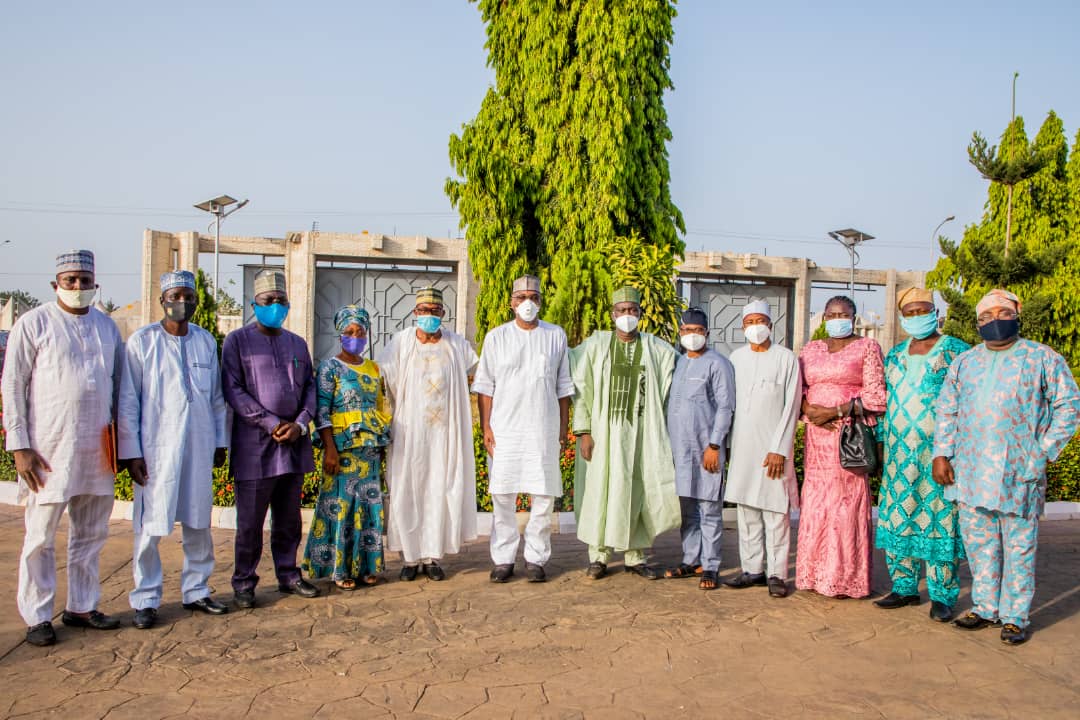 Kwara State Governor AbdulRahman AbdulRazaq is doing very well in the area of infrastructural development and giving incentives for businesses to thrive, the state chamber of commerce, industry, mines and agriculture (KWACCIMA) observed on Tuesday.

The body specifically commended the Governor for connecting urban and rural communities with feeder roads and the N500m SME recovery funds he recently announced for businesses affected in the attacks on public and private properties in Ilorin.

“Your Excellency has been doing wonderfully well. KWACCIMA is a body that doesn’t flatter people because when KWACCIMA sneezes, Kwara catches cold. So, as far as we are concerned, you are doing wonderfully well. Our coming here is to see how we can work with you and to see how we can drive the process together to make Kwara better,” KWACCIMA President Dr Ahmed Raji said when he led a delegation of KWACCIMA officials to the Government House in Ilorin.

The delegation was accompanied by the Commissioner for Enterprise Femi Wahab Agbaje.

“In any development, we have 3 Is, which are infrastructural provision, investment and incentives. On these three areas, you have been doing wonderfully well. Of course there are rooms for improvement, and that is why we are here.”

The Governor’s intervention for the looted businesses shows the present administration was very committed to critical areas of economic development like infrastructural provision, investment and incentives, he added.

Raji said the intervention would no doubt assist the victims to bounce back to business.

He urged the Governor to sustain the tempo of infrastructural development which he said would help formal and informal sectors to grow.

Raji urged the Governor to encourage commercial farming to make the state the country’s food basket and drive the state economy to prosperity.

He also called for the setting up of a marketing board, and urged the administration to support KWACCIMA’s upcoming economic summit and the general meeting of the body from across the 19 states on December 17th.

AbdulRazaq, for his part, commended the body which he described as “the bedrock of what we want to do in Kwara which is to make the state an enterprising one” which no longer depends on federal allocations.

He said the government’s urgent intervention for the victims of looting was to strengthen investors confidence in the state and prevent mass job loss.

The government is doing everything possible to raise its standing in the ease of business through the elimination of double taxation and easy process and collection of Certificate of Occupancy, AbdulRazaq added, saying the administration would look into the requests of the organised private sector such as industrial park, official documents for land earlier allocated to KWACCIMA, among other things.

Chief Press Secretary to the Governor