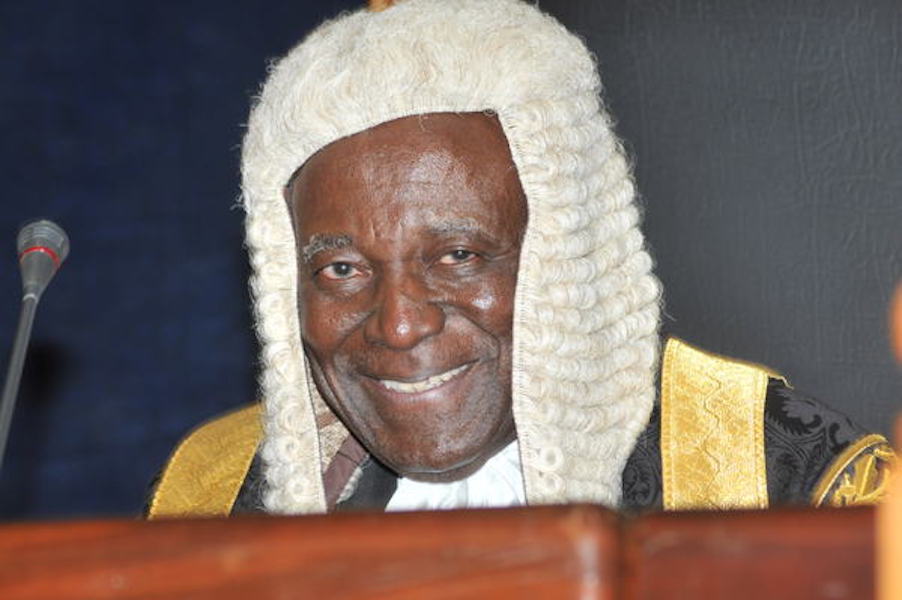 Mr. President, please permit me to pay tribute to four of our delegates who died during the pendency of the Conference. Barrister Hamma Misau who died on March 27; Dr. Mohammad Jumare who died on May 5; Professor Dora Akunyili, on June 7; and Professor Mohammad Nur Alkali, on August 1, 2014. May their souls rest in peace.

Those were the words of Idris Legbo Kutigi when he presented the report of the 2018 national conference to ex-President Goodluck Jonathan on August 21, 2014.

Kutigi joined the deceased on Sunday morning and it is now the turn of those on this side of the divide to say “rest in peace” to a man who led the judiciary between 2007 and 2009.

The news of the demise of Kutigi came as a rude shock to many but it only signals the world as a passage after all. Revered as one of the brightest minds to have graced the bench, Kutigi did not only contribute immensely to the Nigerian legal system, he etched his name on a platter of gold in the country’s history.

For a man who walked the rocky trajectory of the law for more than four decades, his knowledge was vast and his diligence unquestionable. Even while he stirred controversies as the chief justice of the country, he maintained a high integrity beyond the shores of the country as a judge who would deliver his stern verdict even if heaven will fall. 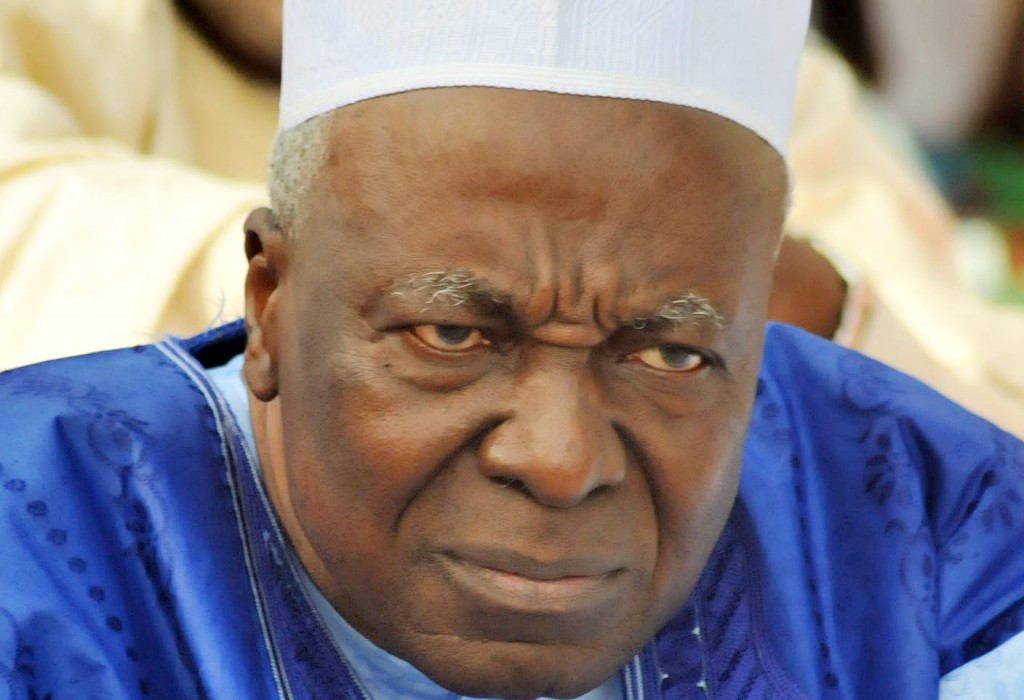 In 2011, SaharaReporter published a document it said emanated from the US embassy. The document disclosed how an aide of former President Olusegun Obasanjo and a businessman offered a bribe of N200 million to Kutigi to compromise 2007 presidential poll by excluding Atiku Abubakar, former vice president, from the race, but the judge asked them to leave his office.

The report also unearthed how a foremost traditional ruler from Kutigi’s home state of Niger offered him another bribe of N400 million which he also rejected. As CJN, he was said to have publicly criticised the practice of retired justices of appellate courts working as “consultants” to election petitioners and their lawyers at election tribunals.

In 2009, when the late President Umaru Musa Yar’Adua travelled abroad for medical treatment, and did not hand over power to former President Goodluck Jonathan, his deputy, this created a huge crisis, but what was to follow was nothing compared to the agitation for Jonathan to take over power.

The Save Nigeria Group (SNG) under the leadership of Tunde Bakare, a preacher, was in the forefront of the campaign for Jonathan to take charge. The group, which was able to garner support from influential personalities in public space, staged rallies and a series of protests; the kitchen cabinet too will not not cave in easily: their message was simple, Yar’Adua could govern the country from anywhere.

“The powers of the president are not exercised territorially. Yar’Adua can exercise his powers anywhere in the world, on the plane, at the meeting of the United Nations or even on his sick bed, as long as he is not incapacitated by the sickness,” Michael Aondoakaa, attorney-general of the federation, had said at a press conference.

While Aondoakaa was theorising, the tenure of Kutigi as CJN was nearing its end, and Aloysius Katsina-Alu was ready to mount the saddle, but the only problem was that the man who had the constitutional authority to administer oath of office on Katsina-Alu was bedridden in faraway Saudi Arabia.

He was battling pericarditis, or so they made us believe, and a constitutional crisis was brewing.

“As the Vice-President, based on our laws, I do not have any powers to swear in the chief justice of Nigeria,” Jonathan had told those who wanted him to tinker with the idea. 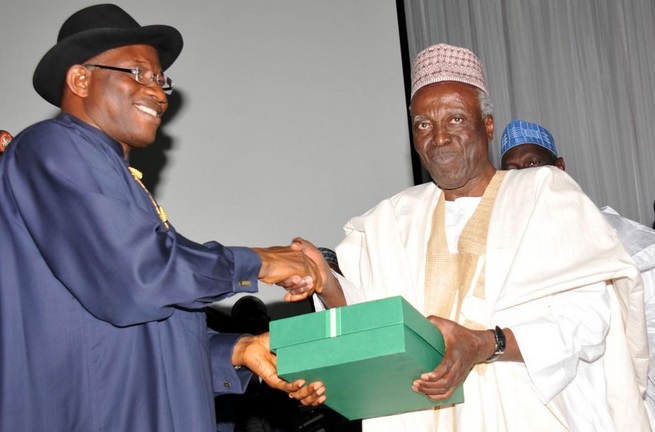 The man who eventually succeeded Yar’Adua did not stop there: “Ceremonial responsibilities and ceremonial functions are sometimes more serious than the real work we do. I do not have the powers to swear in the chief justice of the federation… The tradition has been there for 51 years. It is Mr President who swears in the chief justice.”

Jonathan was not just saying these things for the fun of it. He was not just talking, he had a confession, and of course this was after the issue had been resolved.

“I was worried that if we get to that Thursday and the chief justice of Nigeria is not sworn in, that means one arm of government has no leader and that would have been an invitation to chaos,” he had revealed.

“In fact, I even had to approach the former chief justice, that, ‘look, I have the powers to extend your period of stay in the office. Since I cannot swear in a new chief justice, can I extend your stay in office so that there will be no vacuum? But he said it was not possible because the constitution says at the age of 70, he must go. But he promised he was going to re-examine the laws. I got back to my office; I was terribly worried within that period.”

On December 30, 2009, Kutigi administered the oath on his successor, and trust Nigerians, this created conundrum among lawyers.

Rotimi Akeredolu, incumbent governor of Ondo state, who was then the president of the Nigerian Bar Association (NBA), had accused Kutigi of  foisting two CJNs on the nation. Akeredolu said he was worried that the task which had been traditionally reserved for presidents was usurped by the retiring CJN.

‘I’M NOT USED TO PARTIES’

In 2010, the children of the former jurist put together a private ceremony to celebrate his successful tenure as the CJN. The ceremony in his official residence, chaired by his predecessor Alfa Belgore, was kept secret until the previous day as they knew their father would object it.

At the occasion, he stated that he was only informed late about it because his children knew that he would not have given his consent for a dinner as he is not used to partying.

FATHER OF 18 CHILDREN AND 40 GRANDCHILDREN

The late CJN was born on December 31, 1939 in Kutigi town, Niger state. He had his elementary education in Kutigi and proceeded to Bida for secondary school. Kutigi graduated from Ahmadu Bello University, Zaria after which he left the country for England, where he studied at the School of Oriental and African Studies, University of London. He later returned to the Nigerian Law School in Lagos. He left behind 18 children and over 40 grandchildren.

Kutigi served as the attorney general and commissioner for justice in Niger state until 1976 when he was appointed a high court judge. Thereafter, he moved to the court of appeal in 1980 and later appointed to the supreme court in 1992. He served in the supreme court for 15 years and was appointed CJN by Obasanjo based on the recommendation of the National Judicial Council. He succeeded Salihu Alfa Belgore, who retired on January 17, 2007.

Presiding over the confab

In 2014, the former CJN was appointed by former President Goodluck Jonathan as the chairman of the national conference to steer discussions on national issues and present a viable solution on the way forward. With 494 delegates across the country, Kutigi presided over the confab for four months, even when he lost his wife in the process.

In his report presentation, he said, “Mr. President, when you inaugurated the 2014 National Conference on 17 March, 2014, we knew that we were taking on a tough assignment.”

So tough an assignment that he didn’t find time to mourn his wife. one of his dying wishes would have been for the report of the confab to be implemented but sadly the government of President Muhammadu Buhari did not believe in the conference. Anyway, Kutigi did his own beat while he was here.