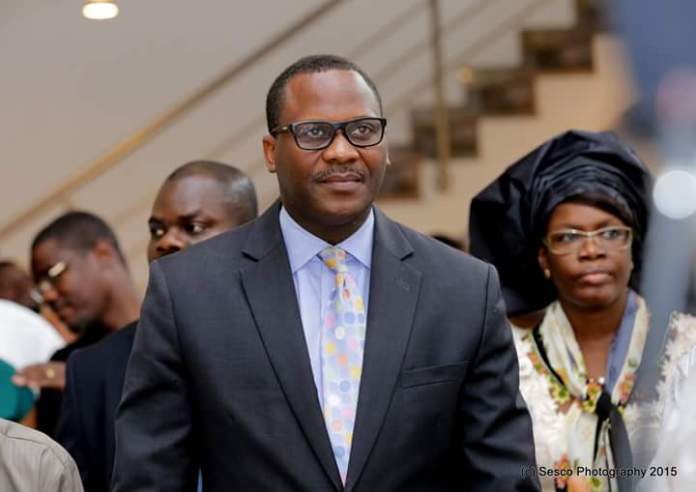 The Director General (DG) Consumer Protection Council of Nigeria and Kogi West 2019 Senatorial hopeful, has begged his anxious supporters for more time to carry out wider consultation before making his intention known officially.

Irukera noted that his senatorial declaration has to be delayed for the current atmosphere “of uneven, unclear, complex, uncharted and treacherous political landscape” in the country to be clear.

The DG who made this known in a message he posted on “Barr Irukera 4 Senate” WhatsApp group Tuesday night, said he understood the apprehension and tension his silence might have caused his supporters, who are anxious to see him declare his ambition to represent them at the Senate.

He emphasized that: “As legitimate as these concern maybe, consultations and agreements over it are more vital than desires if one must be successful politically.

“Grassroots popularity is the most vital component of electoral and performance successes, but I have discovered that it is not the most important thing needed in becoming successful in the primaries.

“This underscores why in our long, yet short history, we still do not have a record of our very best serving us. Our politics of emergence is still by the network and strategy, not by the popularity, competence or ability. It is for these reasons that it seems slow or I even sometimes appear undecided, or worse still, uninterested or intimidated.”

Irukera noted that recent political events in the country especially the National Assembly defection saga and the new method of primary election introduced in Osun state, calls for serious consultations.

His words: “Events at the National Assembly today, and in addition to recent primary methods last week for instance in Osun are perfect examples of the uneven, unclear, complex, uncharted and treacherous landscape. Each occurrence almost always proves to me that continuing consultations are the wisest and safest things anyone who truly desires to serve can do.

“Whatever the passion or crescendo of the noise, we must never fly blind. We must understand the terrain first. We must set forth early at dawn, but only with certainty of destination and road-map. To do otherwise will be folly for both candidate and supporters.

“It is not politics to just run anyway, that’s why we have so many unsuccessful politicians and one time candidates. But it is sound politically to run strategically.”

The legal luminary further apologized to his supporters to continue to have confidence in him and keep the hope of a better Kogi State alive. “I am sorry if this isn’t what most of us would rather hear, but we’ve come too far to get it wrong. It is good to run fast, but better to run far, because fast without breasting the tape one still loses the race”.