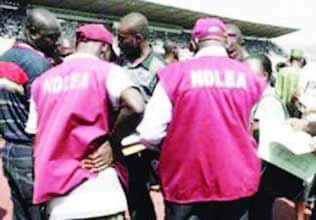 No fewer than a hundred persons were arrested on Wednesday night when operatives of the National Drug Law Enforcement Agency (NDLEA), raided the venue of a hemp party in the Asokoro area of the Federal Capital Territory.

Confirming the incident, Spokesperson for the NDLEA, Femi Babafemi, said the party was organised by three ladies

“We arrested some youths holding a hemp party in Abuja. In addition to the party is the launching of a new drink.

“The party was organised by three ladies. They are in our custody. We will issue a statement on the incident shortly”, he said.

Although Babafemi did not confirm the number of suspects arrested, one of the arrested victims, who tweeted via his personal Twitter account, @Ezioimmauel, said about a hundred of them were arrested.

“(We are) In the police station right now. (I) was at a 4/20 party in Asokoro and they burst it. Asokoro, Abuja. There (are) hundreds of us in custody right now. Everyone’s still accounted for I think”, the tweet read.

Why We Raided Abuja Hotel – NDLEA