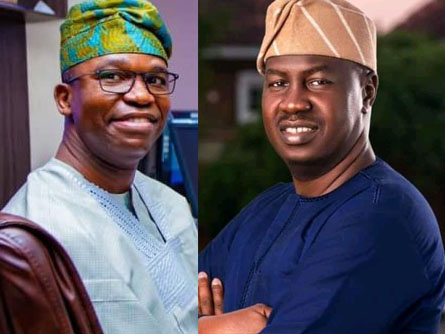 As the bye election to replace late Sen. Adebayo Osinowo, who until his death represented Lagos East Senatorial district at the National Assembly, draws near, the candidate of the All Progressives Congress, (APC), Tokunbo Abiru, has reacted to a report that a case has been instituted against his eligibility to contest.

In a release signed by the Lagos APC’s publicity secretary, Seye Oladejo, it was claimed that the allegations in the reports by ‘an unknown blog’ is laughable.

It was reported how the Lagos People’s Democratic Party, PDP, and its candidate in the said election, Babatunde Gbadamosi, sought for the disqualification of the APC’s candidate in a suit no. FHC/L/CS/136/2020, instituted at the Federal High Court, Lagos.

In its reaction, the party claimed that it was apparent the plaintiffs in the suit have not availed themselves the original copy of the Electoral Act 2010.

“Our attention has been drawn to an online report by an unknown blog, alleging that a suit has been instituted challenging the eligibility of our candidate to contest for the Lagos East Senatorial Bye-election on account of a purported double registration as a voter.

“The allegation as contained in that report is not only false but we find it laughable. It is apparent that the Plaintiffs have not availed themselves the original copy of the Electoral Act 2010 (As amended),” Oladejo said.

While assuring the APC supporters to calm, he reiterated that the Abiru’s eligibility is unassailable.