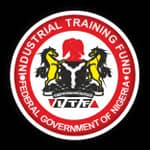 The Industrial Training Fund has been in the news of late for leading a revolution in the technological space in the country. One of the reasons is the recent launch of made in Nigeria Android phone, ITF Mobile with 100% locally sourced materials.

I was impressed, to say the least, and that ignited my interest in the ITF, and the

revelations have been mind-boggling. As a start, the ITF, an agency under the Federal Ministry of Trade and Investment, and established in 1971, has not only raised training consciousness in the economy but has also helped in generating a corps of skilled indigenous manpower which has been manning and managing various sectors of the national economy.

I dare say a lot has changed in the operations of the ITF under the leadership of Joseph Ari as the director-general. After detailed scrutiny of the ITF in the last five years, I speak on good authority that, indeed, there has been a revolution in the agency. One of the signs is the manufacturing of the ITF Mobile, the first made in Nigeria smartphone.
I gathered from reliable sources that the ITF had also been silently finetuning skilled indigenous manpower in various sectors of the economy through the revamping of the ITF Model Skills Training Centre.

The Model Skills Training Centre was established by the Industrial Training Fund as a Post-Secondary Technical Institution in 2011 to provide industry-relevant career and technical education programmes for secondary school leavers and adult learners. It was a two-pronged effort by the Federal government to actualise the millennium development goals. To date, the Model Skills Training Centre (MSTC) is progressing in developing the nation’s economy through its highly Skilled Human Resource.

In 2016, the MSTC formally applied to the National Board for Technical Education (NBTE), which is mandated to accord approvals on prospective TVET programmes to include specific programmes for critique/vetting and development in the National Vocational Certificate (NVC) component. This was closely followed by another critique exercise request to add the National Innovative Diploma (NID) component to its certification status.

In 2017, the MSTC was granted approval to operate as an Innovative Enterprise Institute (IEI), with effect from December 2016, to offer programmes in the two components of NID/NVC. Admission into the MSTC is now through JAMB for the NID programmes that run for Two (2) years and direct admissions for the Modular programmes that run for four weeks to 24 weeks. Today the Centre is a Model in TVET Nigeria and the West African sub-region.

This brings me to the leadership question in Nigeria. I have long stated in numerous forums that leadership is required to set the country on the path of greatness.

Using the ITF as an example, we could see how credible leadership has resulted in groundbreaking initiatives that make every Nigerian proud. Let’s rewind; if the director-general of the ITF, Joseph Ari, had toed the line of his predecessors in office, I am sure the ITF would have remained that agency responsible for student’s placement for industrial training exercises alone.

We should learn to call a spade a spade and celebrate those who have displayed acts of ingenuity in service to the country. The story of Joseph Ari at the ITF comes readily as a worthy example for leading the revolution at the agency in the last five years of his stewardship.

I gathered that it’s about service for him, and this could be felt in the manner the agency has been able to carry out its mandate effortlessly. This, in my considered opinion, answers the leadership question that is needed in the country.

The likes of Joseph Ari have proven that leadership is not rocket science; therefore, there are no ‘set’ qualities that have to be present in all leaders. Instead, an effective leader draws from a range of personal qualities to help them deal with different circumstances and challenges.

This is the Joseph Ari story at the ITF and why he should be celebrated and not castigated. Unfortunately, this is the country we have found ourselves in, where some does not want to see anything progress and where the ultimate aim is to pull down rather than uplift.

I have been reading some mischievous publications on Joseph Ari recently, and I could not help but laugh in utmost disbelief. And I said to myself, how can we make progress as a country when good deeds are detestable, and blackmail is the order of the day.

I hold the firm opinion that the media has a role to play in ensuring that malicious and mischievous intentions are not promoted at the expense of the integrity of those with a solid commitment to providing credible leadership in the country.
The implication of the above is that should mischievous elements get the upper hand, we can be assured that the country would be thrown to the dogs, and sustainable growth and development would elude us.

Those that are envious of the sterling leadership of Mr Joseph Ari at the ITF should do well to swallow their pride and desist from the well-orchestrated slander campaign launched in the media, which might be as a result of the exploits recorded by the agency under his watch and in record time.

In my considered opinion, I think the narrative on the Joseph Ari led ITF should be on how leadership has transformed a once docile agency to a proactive and result-oriented agency. My two cents.

Agule is a strategic communication expert and wrote this piece from Abuja.

FirstBank Celebrates 2021 Corporate Responsibility and Sustainability Week, Calls for All to Adopt Kindness as a Way of Life