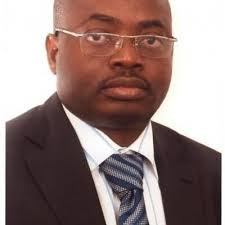 (Being a statement by An APC Candidate for National Publicity Secretary after announcement of result)
So you’ve all heard what was eventually announced for the position of the National Publicity Secretary of APC. You may never know the whole story. But that’s not even important now.
What matters is what we have achieved. We have achieved a major breakthrough in Kwara State by standing up for the first time, at a national space, to those who have held our state under a gluttonous grip. The message has been delivered loud and clear back in our state. We feel very proud of how far we have come. We are encouraged by the overwhelming support across the state.
Hundreds of solidarity phone calls and tonnes of prayers kept us going. We shall take the positives from this, going forward. I salute all the people of Kwara State who are men and women of conscience, who have continued to play active and dignifying roles as we continue to challenge the few who have been gang raping the people of Kwara State over the last 16 years, holding the socio-economic conditions of our people as hostage to poverty.
You have every reason to be proud of yourselves. You’re the winners in this difficult journey to freedom. We all are winners. We have taken this important step forward. They know we won’t fold our arms. We’ve never wavered. Their insidious and pernicious activities, we shall continue to challenge. And that’s where our dignity lies.
That’s where our courage is engraved. The story of this contest shall be told one day. We return to the trenches very proud of the bravery we have shown. We pay no attention to the little minds, who are actually the biggest victims of what is going on in Kwara State. They are afflicted with Stockholm Syndrome.
They can take snides at those who are working hard to free the land for them to cultivate and grow their own food so they no longer have to be volunteers to servitude . The joke is on them, really. Watch my space for more in the future. Meanwhile, we are celebrating the fact we just plugged a feather off the wings of those who don’t like to be challenged. I thank you all my social media pals.
You announced my victory even before the contest started as if you knew this is about an objective, far greater than the position of the National Publicity Secretary of APC. Thank you for we won. We move on to the next stage from here.
Lanre Issa-Onilu Candidate for APC National Publicity Secretary
Related Topics:
Up Next

My grouse with Obasanjo, Buhari – Soyinka