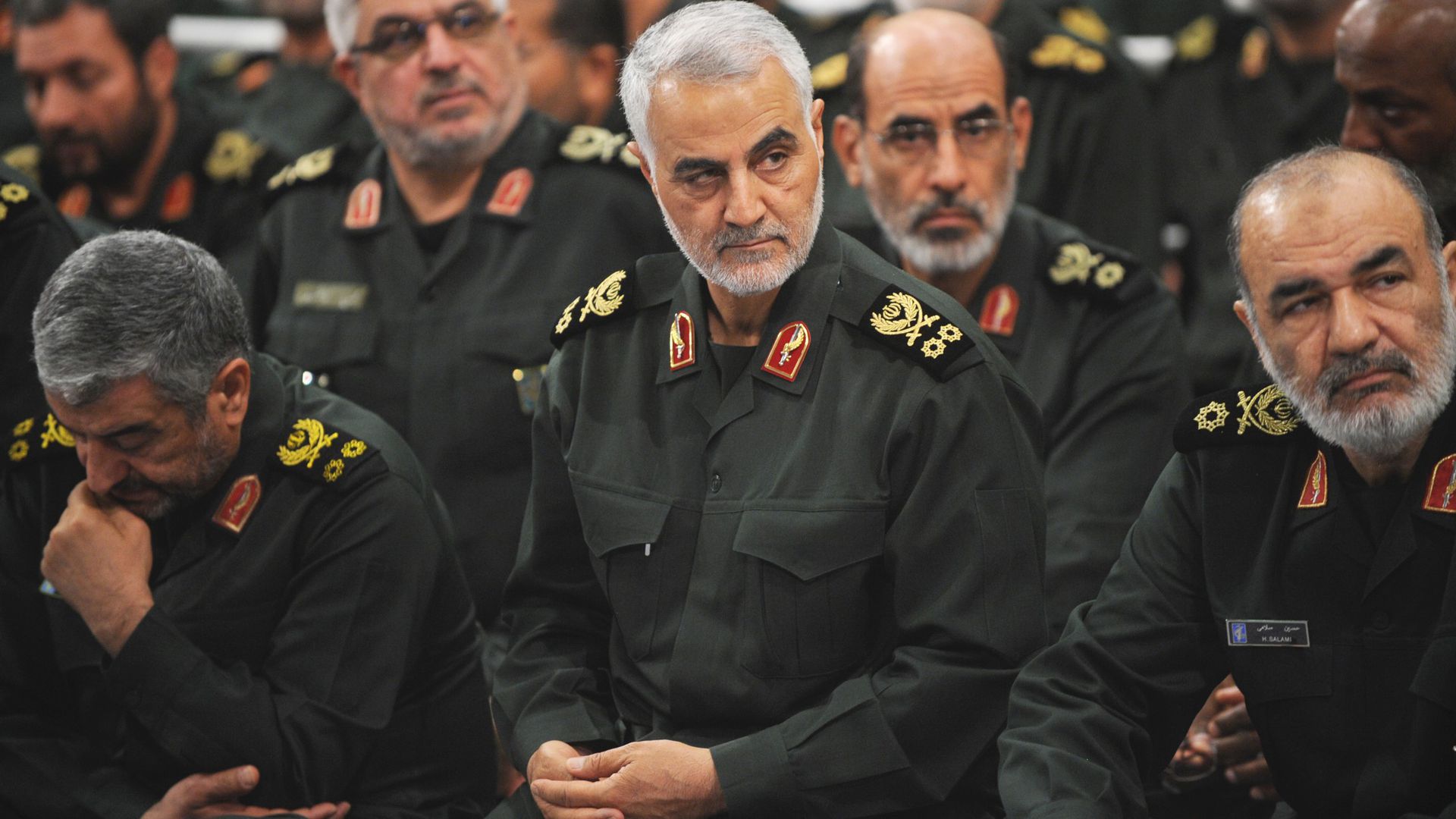 Ayatollah Ali Khamenei, Iran’s supreme leader, has vowed “harsh revenge” against the United States for the killing of Qasim Soleimani.

Soleimani, a top military commander in Iran, was killed in an airstrike at the Baghdad International Airport on Friday.

But reacting, Khamenei said the US would pay for their action.

“His pure blood was shed in the hands of the most depraved of human beings,” Khamenei said in a statement.

“His departure to God does not end his path or his mission, but a forceful revenge awaits the criminals who have his blood and the blood of the other martyrs last night on their hands.”

Khamenei said the fight would continue, and that it had been Soleimani’s wish for years to become a martyr.

He declared three days of mourning for the deceased.

Qaani, who had served for years alongside Soleimani, was promoted from deputy commander of the Quds Force.

The supreme leader added that the Quds Force’s agenda would remain “unchanged from the time of his predecessor”.

In a statement, Muqtada al-Sadr, who leads the largest political bloc in Iraq’s parliament, asked for the revival of the “Mahdi Army,” which fought US troops during the 2003 invasion.

He, however, called on Iraqis to exercise “wisdom and shrewdness”.

News of Soleimani’s killing generated different reactions along party lines in the US. The Republicans praised Trump’s action while the Democrats expressed concerns about the legality and consequences of the strike.

Ben Sasse, a Republican senator from Nebraska, said in a news release, that “General Soleimani is dead because he was an evil bastard who murdered Americans”.

He added that “the President made the brave and right call, and Americans should be proud of our servicemembers who got the job done.”

“Tonight, he got what he richly deserved, and all those America soldiers who died by his hand also got what they deserved: justice.”

However, Democrats disagreed with Republicans’ sentiments about the attack, critisicing the decision to carry out the strike without congressional authorisation.

Chris Murphy of Connecticut said: ”Soleimani was an enemy of the United States” but the question is this – as reports suggest, did America just assassinate, without any congressional authorization, the second most powerful person in Iran, knowingly setting off a potential massive regional war?”

Tom Udall of New Mexico accused Trump of bringing the nation a brink of illegal war.

He said: “President Trump is bringing our nation to the brink of an illegal war with Iran without any congressional approval as required under the Constitution of the United States.

“Such a reckless escalation of hostilities is likely a violation of Congress’ war making authority — as well as our basing agreement with Iraq — putting U.S. forces and citizens in danger and very possibly sinking us into another disastrous war in the Middle East that the American people are not asking for and do not support.”

On his part, Joe Biden, former vice president, said no American will mourn Soleimani but added that the strike which killed him was a “hugely escalatory move”.

“President Trump just tossed a stick of dynamite into a tinderbox, and he owes the American people an explanation of the strategy and plan to keep safe our troops and embassy personnel, our people and our interests, both here at home and abroad, and our partners throughout the region and beyond,” Biden said in a statement.

“I’m not privy to the intelligence and much remains unknown, but Iran will surely respond. We could be on the brink of a major conflict across the Middle East.

“I hope the Administration has thought through the second- and third-order consequences of the path they have chosen.”

Tension mounts as US kills Iranian general in drone strike