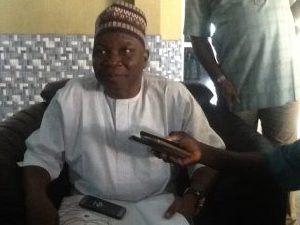 The newly appointed Kogi State Commissioner, Public Complaints Commission, Hon Gabriel Olusuyi, says he is in the state to do things differently.

Hon Olusuyi made the disclosure after taking over the mantle of leadership in the Commission, said gone where the days when the commission was seen as a toothless bulldog, assured the people that administrative justice under his watch will be accomplished.
Hon Olusuyi pointed out that he is in the state to work, promised to bring the commission to the doorsteps of the people.
The Commissioner promised that unlike in the past, PCC in this dispensation, would bite where necessary, carry out investigation, and where necessary, handover those found involved to the police, and would ensure that every recommendations made by Commission are followed to the latter.
Hon Olusuyi described Kogi State as a miniature Nigeria by reason of it ethnic configuration, assured that he has what it takes to deliver on the commissions mandate in the state, with been biased.
Unlike in the past, the Commissioner said the commission’s activities would be business unusual, assuring complainants of redress and justice in line with lay down rules and regulations.
He Promised of adequate enlightenment that would make the commissions activities known to citizens, pointing out that he is the state for those without  voices, and less privileged.
In a remarks, Tom Acheneje, Director Investigation of the commission, described the newly appointed Hon Gabriel  Olusuyi as a doing peg in a round hole.
Mr Tom called on citizens not to be recalcitrant in wanting to complain, pointing out that the commission under the new helmsman is poised for service delivery.
He described the PCC as an ombudsman targeted at ensuring that both complaints and the accused get redress and sustained relationship, solicited improved welfare for workers to enable them discharge their duties.
Related Topics:
Up Next