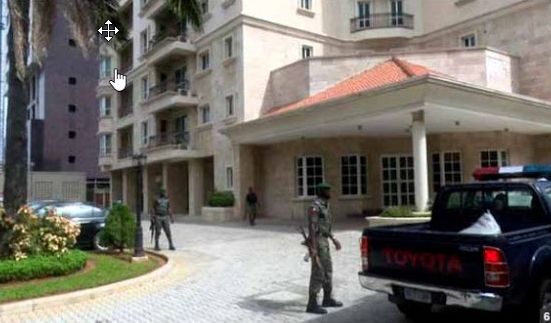 The Economic and Financial Crimes Commission have searched the apartments of the immediate past Governor of Anambra State, Peter Obi; and ex-Chairman of PDP, Alhaji Adamu Mu’azu, as part of investigations into the about N15bn found at a flat in Osborne Towers, Ikoyi.

Other prominent persons, living in the building, include a former Managing Director of the Nigerian National Petroleum Corporation (Retail), Mrs. Esther Nnamdi-Ogbue; and media mogul and founder of Ebony Life Television, Mo Abudu.

Sources within the EFCC told SR that all the flats were searched including the unoccupied ones.

The commission had uncovered the N13bn in flat 7B of the building on Wednesday last week.

Detectives were, however, of the opinion that there might be more money concealed in other flats including three unoccupied apartments.

The media aide to ex-Governor Obi, Mr. Valentine Obienyem, confirmed in a statement on Tuesday that all the apartments in the building were searched by the commission.

But he maintained that the apartment was a rented one as Obi’s home is in Onitsha, Anambra.

Mo Abudu had said through her lawyers, Streamsowers and Kohn, on their twitter handle that the apartment was not a gift from any government official.

The lawyers added that the apartment was bought by Abudu in the open market and for a fair value, stating that the allegations were baseless.

A source had told Punch that, “The NSA, Babagana Monguno, is the one investigating and not the AGF. By the time he finishes his job, the Presidency may then officially address the issue.”

How Lebanese Town is Built with Nigerian money