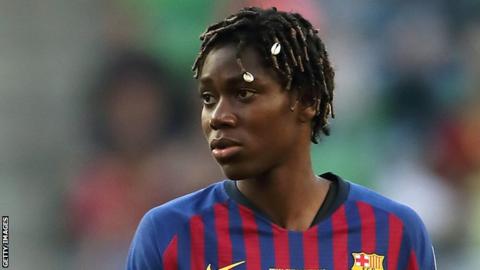 The Confederation of African Football (CAF) has released its final contenders for the 28th edition of its annual football awards, with Victor Osimhen, Samuel Chukwueze, and Asisat Oshoala as the representatives for Nigeria.

While Odion Ighalo, former Super Eagles forward, who was the highest goal scorer during the African Cup of Nations (AFCON) qualifiers and tournament, failed to make the final cut, Liverpool’s duo of Sadio Mane and Mohamed Salah and Manchester City’s Riyad Mahrez will contend for the men’s player of the year category.

The list, which was published on CAF’s website on Sunday, was decided by votes from the football body’s technical and development committee and a panel of media experts with emphasis on the nominees’ performance during the year under review.

In the youth category, Osimhen and Chukwueze made the final three, while Oshoala, Thembi Kgtlana of South Africa and Cameroon’s Ajara Nchout will contend for the best women’s player category.

The award winners for each category will be announced during the CAF Awards ceremony on Tuesday, January 7, 2020, at the Albatros Citadel Sahl Hasheesh, Hurghada, Egypt.

The event will celebrate African footballers and officials who have distinguished themselves during 2019. There will also be several new award categories in recognition of exceptional contributions to African football and inspiring individuals.

The top three (3) contenders for all the categories are as follows (in alphabetical order):