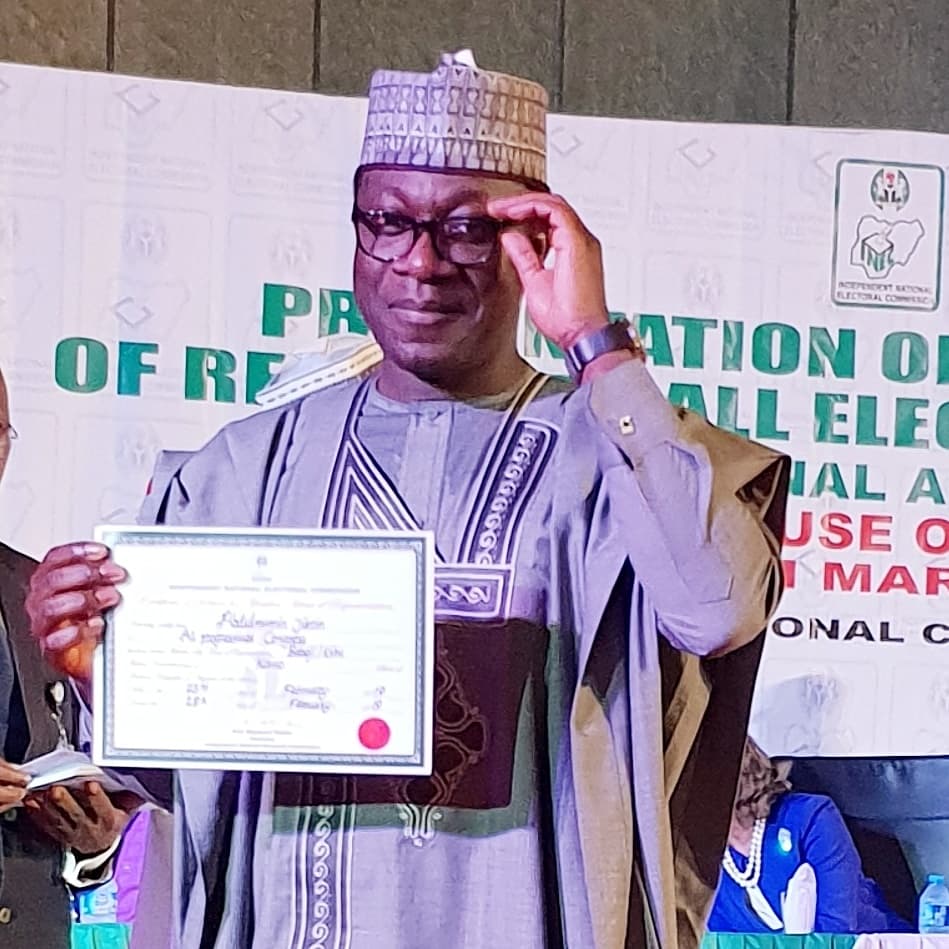 Abdulmumin Jibrin, lawmaker representing Bebeji/Kiru constituency in Kano state, says he will not run for house of representatives seat again.

Jibrin, who was elected for the third time in the March 9 poll, was presented with his certificate of return by the Independent National Electoral Commission (INEC) on Thursday.

The lawmaker, who posted pictures of the presentation on Twitter, said he was lucky.

He added that it would be his last time to seek a seat into the green chamber.

However, Jubrin did not state if he would be quitting politics or seeking other political positions.

“RECEIVING MY CERTIFICATE OF RETURN: 3rd time lucky…but the last I will run for the House of Representatives insha Allah. May the Almighty continue to bless our efforts Amin Ya Rabbi,” Jibrin wrote.

The former chairman of the house appropriation committee made headlines when he accused Yakubu Dogara, speaker of the house, and other principal officers of padding the 2016 budget.

He was suspended for 180 legislative days and recalled by the house in March 2018.

I am deeply troubled, says Buhari on Kaduna killings