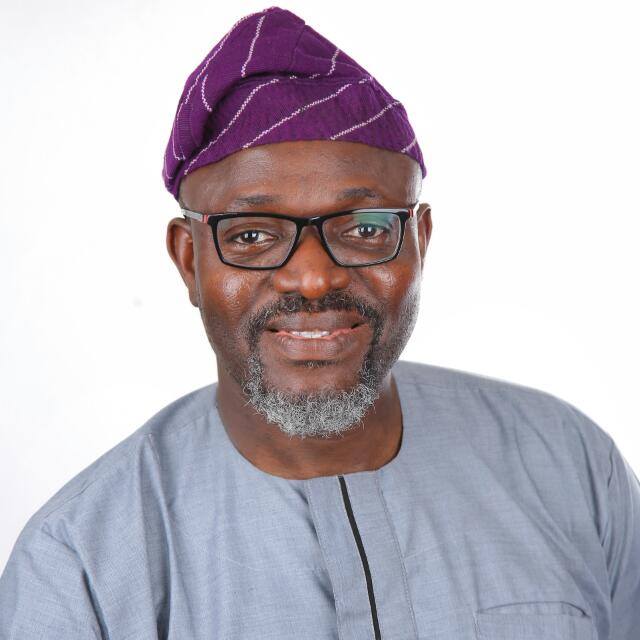 An aspirant to the House of Representatives in Iseyin/Itesiwaju, Kajoka and Iwajowa federal constituency in the coming 2019 general election on the platform of PDP from Okeho, theheadquarter of Kajola local government, Alhaji Najimdeen Oyeshina Oyedeji has declared that he isever ready to represent his federal constituency in a good manner if given the mandate.

Alhaji Oyedeji speaking during a familiarization tour of his federal constituency stated that he wanted to represent his constituency at federal level to help his people and his communities and not to enrich himself.

He said, as a son of the soil who is closer to his community, the people and knows their problems would ensure that they are solved as when due.

In his quest for further academics and knowledge, he gainedadmission to the University of Ibadan where he bagged B.Ed Political Science/Economics and M.Ed.

Social Welfare from the same university. He later proceeded to City University of London where he
obtained a Diploma in Air Transport Management.

Oyeshina Oyedeji who is a purchasing specialist, a project analyst and peace and conflict resolution experts has many other professional trainings and qualifications in other academic areas such as; Certificate in Contract Management from University of Southampton, UK; Supply chain management from University of Twentee; International Negotiation Skills from IATA training and development institute UK; Air Transport Economics (ICAO code 062) from Egyptian Civil Aviation Academy; Aviation and Environment from IATA training and Development Switzerland; Air Tariff and Ticketing from IATA training and Development, South Africa; Computer Application in Economic Management from NCEMA, Nigeria. He equally has further CDP in Purchasing and stock management as well as strategic management.

His work experience was numerous. Oyeshina currently works at BMW Group UK since 2012 as a professional Buyer. Likewise, he is a business owner and the CEO of his business, Enterprise Buyers Ltd and Epetilimo services ltd (Logistics and purchasing advisory companies in the UK). He was previously an Assistant Chief Air Transport Officer with Nigerian Civil aviation Authority, Nigeria (2001-2011).

Over years, he has participated in various task and activities that delivered end to end success in private and public sector capacity. Between 2001 and 2006, he was a regulatory compliance officer at the biggest and largest airport in Nigeria, Muritala Muhammed International Airport. In his capacity as an Air transport officer, he ensure strict compliance with necessary ICAO annex at the airport and an unparalleled experts discharge of duties that achieved improved relationship among agencies.

In 2007, he was a member of the federal government delegation to Saudi Arabia to ensure and monitor compliance of designated airlines for hajj operations while in 2010, he was part of the Federal government delegation that re negotiated the Bilateral Air services agreement between Nigeria and Spain in Madrid. And a s designate staff in the department of Bilateral Air services agreement BASA in NCAA, he also participated in many reviews of bilateral air services documents and position papers that reposition the Nigeria Air services operations.

In his student days, he was the special duties commissioner of the largest hall of student residence in Africa, Nnamdi Azikwe hall, University of Ibadan 1990-1991 and the Assistant General Secretary of the student Union of university of Ibadan1992-1993. To date, he remained the only student union leader who voluntarily resigned from his post to protect his integrity when things were becoming unholy in the students union body.

As a staff of NCAA, he was elected as the Vice Chairman of the Air transport senior staff association of Nigeria, 2006-2008. He left with a lovely record of acceptance based on good performance.

Shina is not a new comer to politics, he was born to a family that has produced two executive chairman of Kajola local Government; first, late Alhaji Azeez Oyedeji in 1956 and Alhaji Engr Alli Oyedeji in 1996. Further, he served as senior legislative assistance assistance in the house committee on Communication of the federal House of Representatives, 1999-2001.

How Buhari ensured release of schoolgirls through ‘back-channel’ – Lai Mohammed

Boko Haram insurgents have warned parents in the northeast of Nigeria not to endanger the lives of their children by putting them in schools.