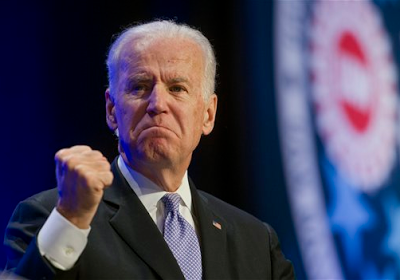 Former Vice President Joe Biden spoke candidly on Friday about his decision to stay out of the 2016 presidential race, saying that while he still believes he did what was best for his family, he also regrets not becoming president.
Biden said this as he spoke at Colgate University in Hamilton, New York, saying,

“I had planned on running for president and although it would have been a very difficult primary, I think I could have won. Maybe not, I don’t know.”

He continued to say he “lost a part of his soul” when his son, former Delaware attorney general Beau Biden, died in 2015 of brain cancer.
Biden was visibly emotional while talking about his late son, calling him “the finest man I’ve ever known in my life.” He said while he doesn’t regret spending time with his family rather than on the campaign trail after Beau’s death, he still thinks about what could have been.

“Do I regret not being president? Yes,” he said.   The former vice president has previously hinted he may pursue the presidency in 2020.