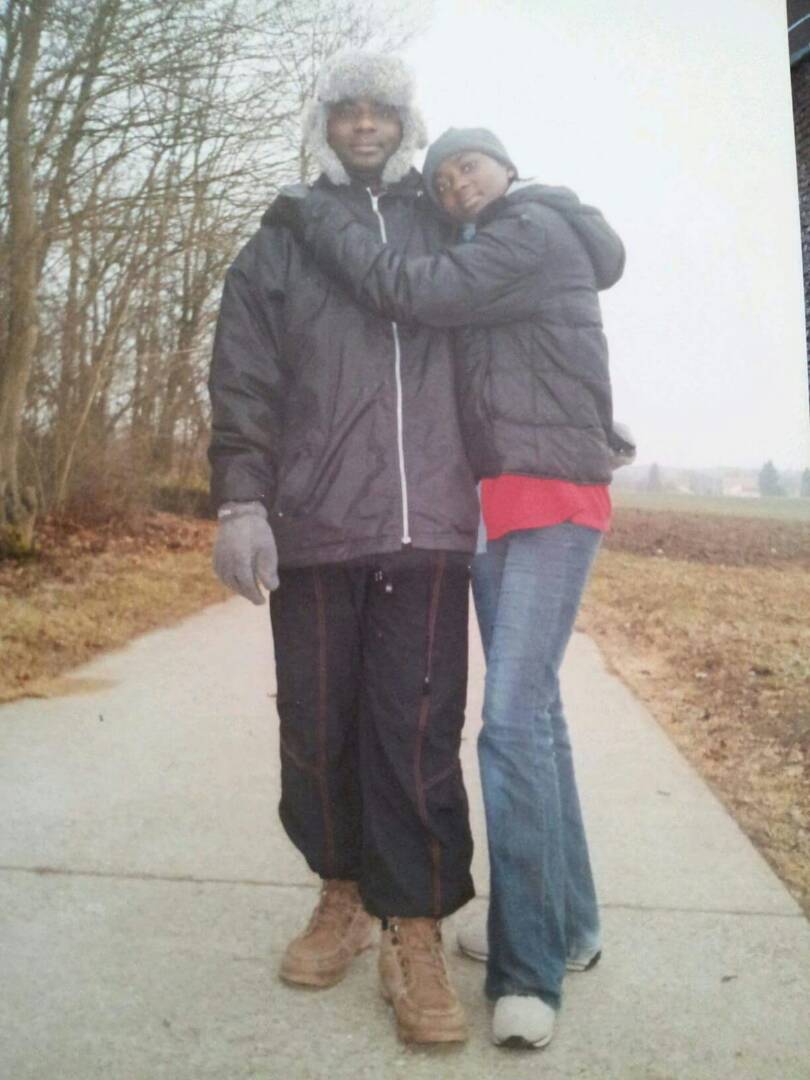 Evangelist David Oganwu is happy that his daughter, Stella is doing well.

He had taken it upon himself to ensure that she did not lack any good thing after the death of her mother.

Today, Stella is doing him proud as a successful model, who also does so many things along the line, where she is staying in Switzerland, where he took her to many years back.

David spoke with us after the interview session with his daughter in Lekki area of Lagos.

Can we know you better?

My name is David Awele Oganwu. I am from Oshimili North Local Government area of Delta State. We have River Niger and a big market there. I have a wife, Favour. I have four children now, my first daughter, Stella is like my first love. I carried her along anywhere I went. She lives in Switzerland. My first son is Fortune, the second is David and I have a new baby. God has really been good to me. I also lived in Rome, Italy years back. I am a missionary evangelist, I also did hotel management and I worked in some hotels outside the country. I took my daughter to Switzerland then because I took her anywhere I went. I had her when I was a teenager, and I was glad to have her.

My mother died five days after she was born. I really took her like a mother to me and I took proper care of her. The mother died at a young age, I don’t think Stella was up to 10 years of age, when the mother died. But I saw this as my cross and took care of her.

Yes, I had to marry the mother. Later, she went to her family and I did not know what happened, but she died. It wasn’t easy for my daughter then. I took it upon myself and I told God that nothing happened by accident. I late came to Lagos and started working with Mrs. Odigie-Oyegun, she is my cousin. I carried her around, from there, I went to Italy and God told me to move to Switzerland. I summoned courage and moves there. I later filed papers for her to come and she came. Initially they said that the paper was not okay, but I didn’t change anything in the document, they were the ones that said that she should come before a particular date.

God proved them wrong eventually. When she got there was three months to her West African Senior Secondary School Examination (WASSCE) and she had to come back to Nigeria to sit for the exams and came back to Switzerland.

I was working in MacDonald and she also did hotel management and she also worked there. When people see her, they say she looked like me. God gave Stella to me specially. She went to school to study and came to the hotel for practical and she had the best results. If she wanted something, she goes for it. She later said that she wanted to be a make-up artist and I said there was no problem. Later, she wanted to be a air hostess and I said it was okay, but she didn’t know how to swim. She later went into modelling. I saw it in her from primary school, so I am not surprised. I believe that she is on the right track and the Almighty God is behind her. I know that her marital issue is a settled matter because I am looking forward to carrying her baby and it would be very soon. I know that God can never lie. We are very close, she is free with me and I am free with her. I give God all the glory because God has said that He will not share His glory with any man and He is not going to start with me or with her. She loves children and I love children too. I started “Friends of Africa” in Switzerland about 10 years ago for motherless children and I have another organisation for the needy. We have started that one in Nigeria too and I know God will perfect what He has started. I want a place, where I can make the less privileged happy. If I am dying I would be happy.

What is your advice to some parents out there about their children?

Life continues even when you lose a spouse. You see some men abandoning their children, when their wives die. What would become of those children in the future. Stella’s own is a very good example. She tells me before she does anything, if I tell her no, she would not argue with me and when I say yes, she knows. There is always a seed and harvest time in life. Reaping is not just about money or wealth, but it is about the way we can relate. When I am walking on the streets with her, come and see people commenting. When she was in secondary school and I was in Switzerland, anywhere she stayed, I would send money for food for the whole house. If I buy her clothes, I would buy things for others too. I would go to Italy to deliver it to be sent home. The pocket money I used to send to her then were more than what some bankers were receiving. If people ask me ‘why are you doing this,’ I tell them I didn’t want her to lack in any way. At a stage, if I felt they were maltreating her in a place, I would change the place. I once paid for two years rent for a two bedroom flat, where she was staying with some people, but she came to meet me in Switzerland after staying there for six months.