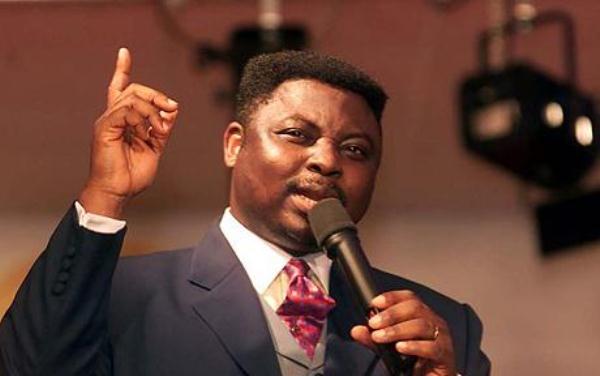 The scam was the brainchild of former Premier League soccer player, Richard Rufus, who used to be a defender for Charlton Athletic. He promised investors along with the church a return as high as 55 per cent.

The Christian Post reporting the findings of an inquiry published 14 December by the Charity Commission for England and Wales revealed that the Kent-based 12,000 members Christian Centre suffered a net loss of about $4.8 million (£3.9 million) after its trustees invested over $6.1 million (£5 million) in four instalments between June 2009 and June 2010 . Mr. Rufus was a member and former trustee of the church.

Mr. Rufus had guaranteed that the investments would earn a sizeable return totalling about 55 percent in a year.He was last year found guilty of defrauding about 100 investors out of a total of $10,731,159 (£8,682,343) in the £16-million investing scheme.

Kingsway International Christian Centre was the single largest investor in the scheme.

“The inquiry established that in practice, however, the investments resulted in a net loss of £3.9 million to the charity,” the report explains.

The report states that the church’s trustees who handed over the funds were guilty of “mismanagement.”

The commission found that the church’s trustees did not “exercise sufficient care when making the decisions to invest £5 million of the charity’s funds through the ex-trustee’s investment scheme.”

“They did not follow all the principles expected of trustees to ensure they comply with their trustee duties under charity law when making those decisions,” the report said.

The Charity Commission was first alerted to the church’s investment when it found that the church made £3 million of investments with a “qualified independent trader” who was “in a position to provide the services of an investment manager by investing in financial markets.”

After the commission contacted the Financial Services Authority to verify the trustee’s status as a trader, it found that the trustee in question was not, nor had he ever been, licensed to “carry on regulated activities in a personal capacity.”

As a result of the commission’s inquiry, an interim manager was appointed to review the trustees’ decisions to invest the £5 million and to decide whether any of the trustees should be held personally liable.

The interim manager found that the trustees did not do enough to investigate whether or not the rate of return they were promised was realistic and put too much trust in the trustee’s good standing with the church and community.

“The interim manager found that conflicts of interest were not managed properly by the decision-making trustees when making the decision to invest.

There was too much reliance on the expertise of the ex?trustee when he was personally interested and conflicted,” the report states.

“The interim manager found that insufficient consideration was given by the decision-making trustees as to whether the guaranteed rate of return was unrealistically high, or to the potential for fraud.”

After the church entered into an Individual voluntary agreement with the ex-trustee in hopes he could pay back the money lost, the ex-trustee filed for bankruptcy and was declared bankrupt in 2013.

The interim manager also encouraged the church’s current trustees to bring a legal claim against the trustees who decided to invest the money.